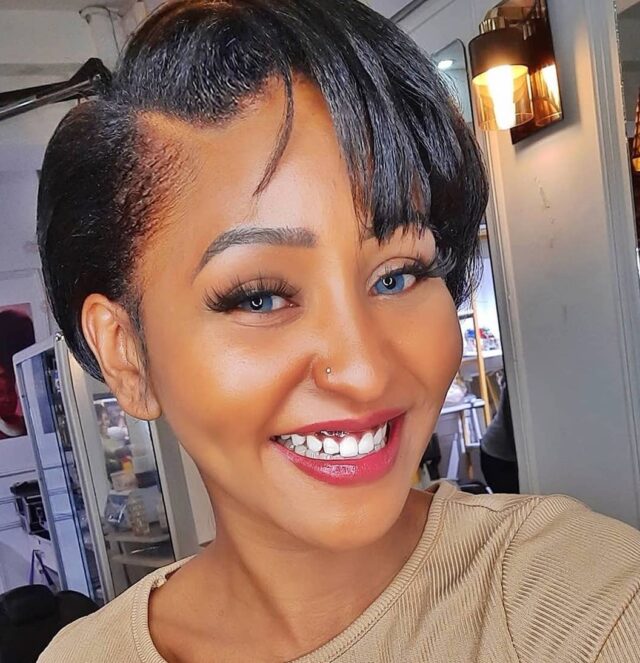 Brenda Michelle alias Mishy is a Kenyan actress who skyrocketed into fame after she was cast on Citizen TV’s Zora playing Alma. Kenya’s entertainment industry has grown over the years as more investment has been made to nurture local talent. Actors and actresses are now better placed as more local films are being produced. This article explores the life of Brenda Michelle highlighting her background, educational background, and career journey.

The stunning actress was born and brought up in Mombasa County. She was brought up along with her four sisters.

She is an alumnus of Moi Girls High School Nairobi where she began her studies in 2005 and finally did her Kenya Certificate of Secondary School Education examination in 2009. After this, Mishy joined the University of Nairobi to pursue a Chinese language degree for her undergraduate program. During this time she also took up Film and Television Studies at Nairobi’s African Digital Media Institute laying the ground for her future acting career.

She has taught Chinese to refugees at the Kakuma refugee camp in Kenya before she went exploring other career options, with emphasis on the media industry. Brenda Michelle works with her husband, Jacky B, at his production company called Tamusana. Tamusana is a gospel music production company whose Chief Executive Officer is Jacob Otieno.

The company has worked with several Kenyan gospel artists such as Size 8, Janet Otieno, Daddy Owen, Jimmy Gait, Ecko Dydda, and Danco who are all hitmakers. With the prowess and quality delivered, Jacky B has gained national recognition and gone on to secure a lecturing job at African Digital Media Institute teaching Music Production. At the company, Mishy is the head of cinematography where she ensures that projects that require camerawork are delivered in excellence.

In her acting career, Brenda Michelle plays the role of Alma in Zora, Kwame’s wife whose mother-in-law despises her for not bearing her son any children. Fans love her acting and she is not short of admirers who flock to her social media pages.

Her social media audience has grown to over 15000 people who have now become an avenue for her to make an income from doing promotions, brand advertisements, and ambassador programs. From this avenue, she has worked with brands such as Kinred International Homecare, Sunrice, Golden Fry, and Nipnap.

The actress is married to Jacob Otieno alias Jacky B to whom she got married in 2017. The couple has two children – a son and a daughter. On 12th May 2021, the couple was involved in a grisly road accident where a cargo train rammed into their private car at a railway crossing point. The accident hospitalized Brenda who would then regain her full health.

Jacky B told an interviewer the circumstances of the accident saying, “No lights no horns nothing, a cargo train ran into our car and propelled us into a flooded area nearby. It felt like a building fell on us. Very traumatic. Michelle was in the co-driver seat so she was met with the most impact. I escaped with soft tissue injuries,”