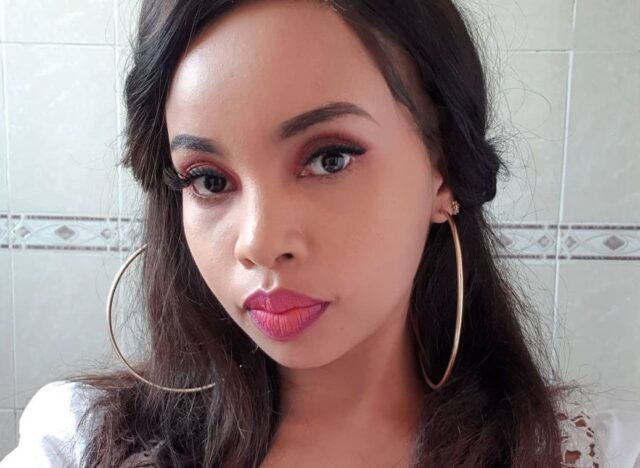 Kenya’s talent base is greatly diversified with a huge shift from past mindsets belittling the arts. Brenda Wairimu is one of the top talented actresses in the country performing in several television series, films and adverts. In this article we will be looking at the life of Brenda Wairimu bringing answers to most of her fans’ questions regarding her life and work.

Brenda was born in Mombasa in the year 1989 on 3rd May. She has four siblings of whom she is the last born. Her father sadly passed on in the year 2012 and so did her mother three years later following a fatal kidney failure case. Not much is known about her siblings unlike herself who is known by many following her acts on screen.

Brenda attended primary and high school in Mombasa County before she got admitted at the United States International University Africa taking a major in International Business Management and a minor in Broadcast Media.

Brenda always knew she was talented in the arts and this is the mindset she went in to the world from college. She began working as a model before she began landing character roles on some television series.

From the year 2010 when she debuted in the world of acting and performance, she has played roles in series such as Changing Times, Shuga, Mali, Kona and Skandals Kibao. She has also landed top roles in films such as Disconnect and Subira which won her an award as best actress in film. She is currently the major actress on Monica playing ‘Monica’ role, a Showmax original that also airs on Maisha Magic East. Monica was released on 3rd of July 2018. According to IMDb review, the Monica drama series has an estimated budget of Kshs. 20 million.

Brenda is a bold lady who says she always makes the first move on the guys she goes out with. She is a proud mother of one daughter called Amor whom she had with her ex-Julian. The two parted ways permanently after a series of on and off phases after which they finally called it quits and she says she is not ready to get back to the dating game yet. Some online sources revealed that Brenda and Ephy Saint could be thing.

Brenda says that relationships are demanding. On the Nairobi News interview, she further noted that since the break-up from Juliani, she has gained some weight.

“When you are in a relationship this person affects you more than any other person can. Since I have been by myself I have not felt lonely. I have not felt the need to go out there and find someone. I was in a long relationship and I gave it a lot so I guess I’m gaining that pole pole,” Brenda stated.

“All the people I have dated I made the first move… But I’m not dating anytime soon. I can’t do it,” added the thespian.

Brenda Wairimu Net worth and Assets

She makes her money primarily from her acting career doing widely watched shows and her endorsements following her broad fan base. Her exact net worth is approximately over Kshs 30 Million. Details about her assets is not yet in the public domain.