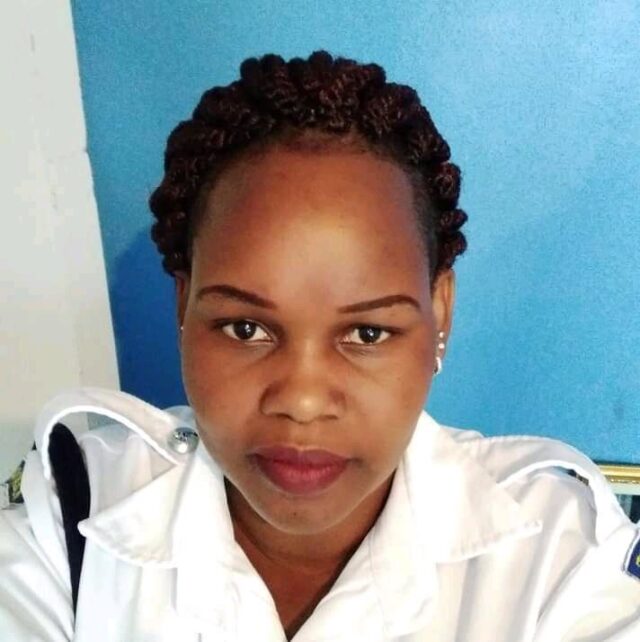 Killer Cop Caroline Kangogo was found dead on 16th July in Nyawa area after what is believed to be a suicidal act. She was a wanted woman who had been on the run and managed to escape the hands of her colleagues who were in a frantic search for her. Caroline was infamous among Kenyans as a murderer and cold-hearted human being who deserved to be punished accordingly. Members of the public were warned to be on the lookout for her. This article looks into her story highlighting her biography, age, and place of birth, personal life, and career journey.

The prime murder suspect was born to her parents Kangogo Leah and Kipkoech Barnaba Korir as their first child in 1984. Caroline hailed from Iten, Elgeyo Marakwet County.

She attended the Kenya Police College in Kiganjo where she learned arm handling skills in the shooting range course she undertook.  Upon graduating she also took a corporal course at the institution which prepared her for her later work as an officer.

Caroline’s career saw her work in various stations around the country including Mombasa, Kaloleni, Kiganjo, and Nakuru. She had been stationed in Nakuru for the past six years and colleagues described her as a jovial person though quick to anger and would be entrusted in handling the tough criminals in the cells.

Caroline was married to a fellow officer based in Mombasa County and the two had sired two children. The officer is said to have sent threatening messages to her husband saying he would join the list of people who had fallen into her hands as a killer. Investigations revealed that the corporal was going after her past lovers.

Corporal Kangogo sent chills down the spines of Kenyans as she was a prime suspect for the murder of two other police officers in Thika and Nakuru. She was suspected to have used her expertise in handling firearms to take the lives of Ndwiga Peter and Corporal Ogweno John in Thika and Nakuru respectively.

Her parents had taken to the media to express their condolences to the killed officers’ families and asked their daughter to hand herself to the authorities. They were however faced with tragic scenes in their homestead when Caroline was found dead in their outdoor bathroom.