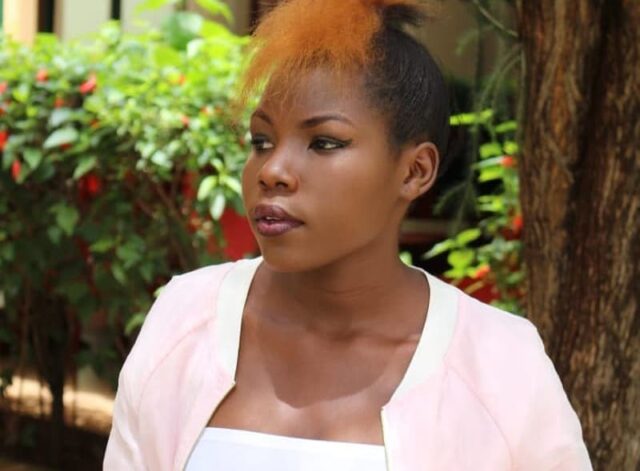 Cartoon comedian actress (born Vanessa Akinyi) is a Kenyan artist and comedian who used her humor and the internet to rise to stardom, during the Kenyan Covid-19 pandemic onset. You have probably heard of the “inaniaffect, inanisuffocate” content online that has inspired several musicians in the county to make music along those lines. This article looks at the biography of the lady behind the phrase that opened up doors for her.

Cartoon comedian’s actual name is Akinyi Vanessa and is aged 21 as at 2021. She was born in Pumwani and brought up in Nairobi’s Kayole where she a credits her craft to. She is vocal about her love for her parents who have always been supportive of her and her work.

Vanessa attended Donholm Primary School for her formative stages of education. Her classmates from then have said if her that she was always funny and greatly entertaining.

The year 2020 brought good tidings to Cartoon comedian who was able to make her name known among Kenyans. Her stage name is derived from people’s references of her as a cartoon since she is incredibly hilarious and does not shy away from funny skits. She is a stand up comedian, actress and does film-making.

Her rise to the limelight was after she shot a video of her having an episode with her boyfriend who allegedly speaks too much English and yet she is a girl from the ghetto used to speaking Sheng’. In the video which has over forty thousand views online, she says to him that his English “inaniaffect.. Inanisuffocate”. The video got many Kenyans cracked up and shared it widely. She has since then released more videos drawing most of her inspiration from life as a ghetto girl and the daily occurrences in the local towns.

She has landed herself a platform in Churchill Show where she did a great job having the audience in hearty laughter. She uses YouTube as her major platform to share her work and has already locked down thousands of followers who go to her page for a good laugh. Vanessa is one of the upcoming online content creators and time is yet to tell tee heights she is to achieve in her journey.

Cartoon comedian actress is a last born and only girl in a family of four children. She has not said much about her brothers in her videos and is yet to reveal more information about them. As a young girl, she often dreamed of being a lawyer, something she makes fun of in her videos as her career path is now chartered towards a completely different field.

She is passionate about comedy and is making more improvements and working on her film-making which she hopes will be able to pay her bills as she grows. Her comedy style is charged towards making fun of life in Kayole, making people understand how life is in those areas. She is able to connect and relate with her audience making her someone people definitely want to watch and listen to over and over.

Cartoon Actress and Crazy Kennar were spotted at the Base by Safaricom event colorfully dressed in matching kitenge outfits. Reports emerged that the two could be an item even though they could not open up on their relationship on Kiss 100 FM interview. 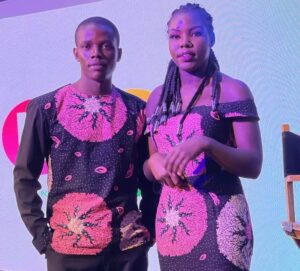 Cartoon Comedian Net worth and Assets

The comedian’s net worth is approximated to be over Kshs. 10.7 Million. Her assets are yet to be established. She currently makes her income primarily from the content she posts online having gained sizeable traffic for the same.