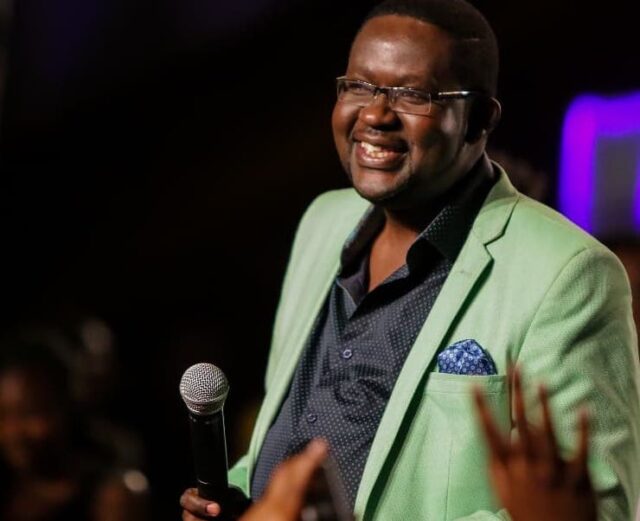 He is one of the pioneer trendsetters in changing the approach Kenyans and Africans in general hold towards the arts. Comedy he has portrayed is an art just like any other deserving of respect and attention. He has used his platforms to create a space where many people including celebrities, media personalities, businessmen and even politicians are known to the public at a better level with the infusion of comedy and laughter.

Churchill Age and Place of Birth

Churchill was born in Kitui on the 30th of October in 1977. Information on his family – parents and siblings has remained undisclosed as at the time of this article’s publication.

He attended Cyberlynk and Mumbuni High School for his education.

Daniel Ndambuki is primarily a comedian and radio presenter. He is the Chief Executive Officer of his own company called the Laugh Industry Kenya which runs most of his ventures including his widely acclaimed show – Churchill Live. He has created a platform for several artists and young creatives to showcase their comical talent to the fans and create a name for themselves.

Churchill began his ride at comedy in the year 1996 and has over the years worked his way up the ranks to global acclaim and bagged several awards both locally and on the international stage.

Apart from comedy, he has also been in films including ‘The First Grader’ and ‘Malooned!’

He is a breakfast show radio host at Classic 105 where he is known as Mwalimu King’ang’i. The show is extremely popular among many Kenyans who enjoy the conversations held therein with his co-host Maina Kageni.

His success has been globally acclaimed with CNN naming him one of Africa’s funniest comedians.

Daniel Ndambuki keeps his private life safe and away from the public eye and has not revealed his wife nor kid(s). Many people including secret paparazzi have worked hard to try find out who she might be to no avail. Churchill has in the past expressed surprise as to why people would be this engaged in finding out about his personal life.

Many people especially celebrities have failed to keep such balance in what needs to be kept private and what goes to the public. In this manner they like Churchill would avoid unnecessary heckle and controversial dramatic exchanges.

Churchill Net worth and Assets

Named one of the most influential Kenyans, Churchill’s net worth still remains undisclosed. He is one character who keeps matters close to him private and inaccessible by any Tom, Dick and Harry. He barely flaunts his wealth or material belongings.

However, with his ventures in the Comedy Industry and work on radio where he is considered one of the most highly paid individuals, he is a wealthy individual.