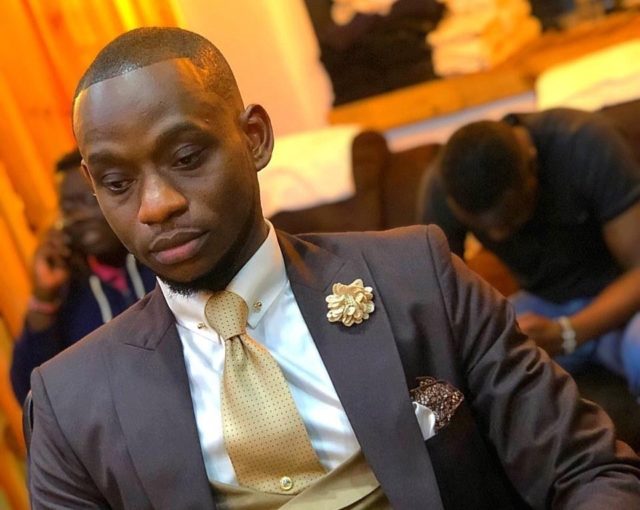 Brian Ogana (acting as Luwi) is Currently among the main actors on Citizen Tv’s love Drama titled Maria, which airs every weekday from 1930hrs to 2000hrs. He acts as being in love with the ghetto girl Yasmin Said acting as Maria

Ogana is currently the most searched actor online because of his excellent acting and alluring sexy looks in his custom-made expensive fit-in suits.

Brian Ogana, is an alumnus of Mukumu Boys’ school where he passed with flying colors and joined University of Nairobi. He obtained his first Degree in Bachelor of Applied Science (BASc) in the Field of Study Computer Engineering.

As per the interview on Citizen Radio’s Jambo Kenya, Ogana said that he had passion in journalism and acting but not the course that he had gone to pursue at University of Nairobi. He therefore enrolled for a course relating to Journalism.

His father made him to love Linguistics and he therefore pursued a short course that relates to communication though in the journalism circle.

All these courses coupled with Journalism and passion, brought him to limelight to be a public figure in the field of reporting and acting.

Brian Ogana was born in 1987, he is therefore 32 years of age as of November 2019. He grew up in Nairobi as a fashion enthusiast.

Ogana has served at G.B.S (Good News Broadcasting System) as a News Anchor, Reporter and Host for several years (from 2010 to date), though he does act as part time job. He has also served as a media personality in the abroad media industry.

His acting has led to release of several Kenyan movies and dramas loved by many. In 2016, Brian was nominated and won the title of being the most best dressed media personality.

He is a born again christian and is married and a proud father of three children, though much is not told about the family. This article will be updated for more information about Ogana.

Brian Ogana Net worth and Property

His estimated worth is over Ksh. 13.5 Million. He is a businessman; he owns a sartorial suit shop in Nairobi. He owns a luxurious bungalow also in Nairobi and a posh car.  All his property contribute to such a handsome net worth.

Moreover, he recently made a deal worth good sums of money with Royal Media Services and other companies for endorsements.