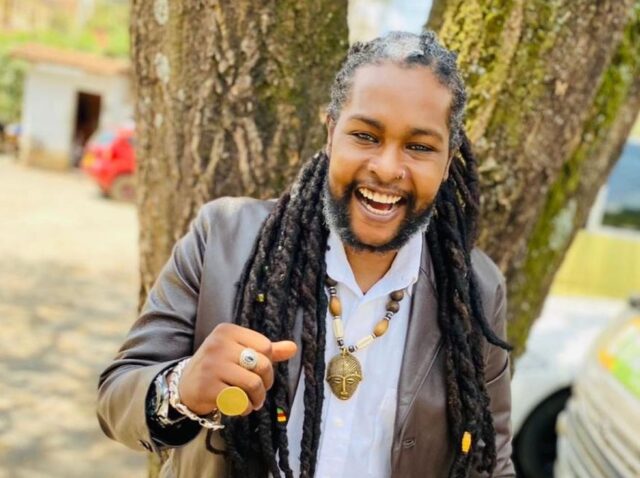 With a broadly recognizable raspy voice and infectious hearty laughter, JahSeed alias Coco Soboo Moto is one of Kenya’s most prominent media personalities. Some of his fans and viewers often wonder whether he is a Jamaican. In this article, his background, roots, personal life and career will be highlighted.

Rastafarian Coco was born in 1979, on 13th of December to his parents who named him Collins Kariuki Dominic Ngori. He grew up under the protection and tender care of his parents who provided all his needs. He has three siblings, all sisters and has often expressed his love for his family. He was born in South Africa but had to travel between different countries, Kenya being a major one, due to his parents’ work requirements.

In primary school, he was introduced into heroin use by an ice cream vendor getting him addicted to the substance. He then later on re-established his taste for the drug which had him hooked and started affecting his behavior. JahSeed’s academic background was riddled with truancy and poor performance due to a heroin-drug problem he had as a teenager and young adult. He speaks of a close shove to losing his place at school after missing weeks of class and under-performance in his studies.

His career journey has been a tough one whereby he had to battle his drug problem in order to be fit for sustaining a job. He lost his chances at several places including Metro Radio and One FM all due to his substance reliance. It was at HOT96 that he came to face his addiction and started working on his healing. He then worked his way to his current prominence as a Reggae show host.

He further engages in mentorship programs that seek to be preventive in terms of drug abuse. He shares his story stating that drug addiction robbed him of his younger years and would not want that for other young people in society.

Coco was in a long-term relationship that got to engagement with Gatume Wanjiru which was however severed on grounds of irreconcilable matters. She was a huge support system during his attempts at recovery that had him at rehabilitation centers on tens of occasions. He is currently single.

His exact net worth is yet to be established and so is his asset portfolio.