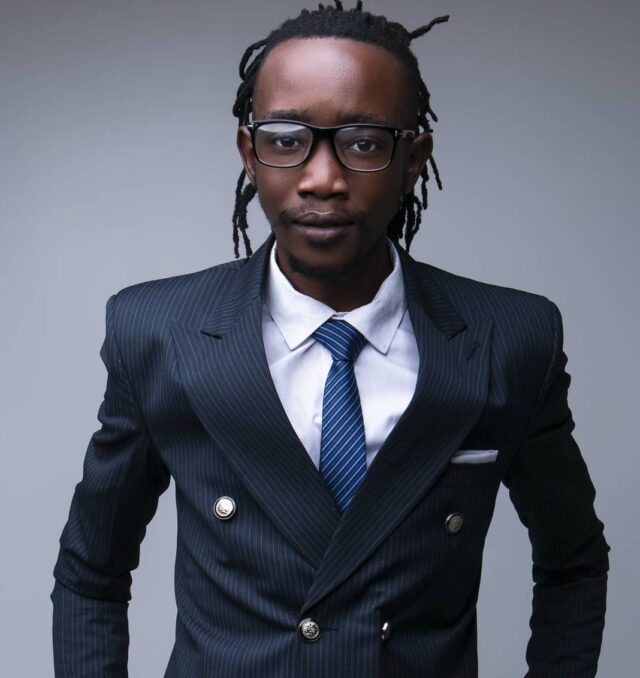 Mannerson Oduor Ochieng alias Akuku Danger is a Kenyan comedian who is known for his dashing suits and dreadlocks. Unlike other comedians, he does not wear dramatic costumes but has built his brand in his own unique way. This article looks into his biography highlighting his background, education background, career journey, and personal life details.

Mannerson was born in the 1980s on 19th June. The comedian hails from Migori County where he grew up in the large family of Akuku Danger Senior or as he was commonly referred to as, Mzee.

Akuku Danger is a famous and popular stand-up comedian who just like several comedians like Eric Omondi, Teacher Wanjiku, and Professor Hamo got a head start in their careers from the Churchill Show run by Daniel Ndambuki alias Churchill or Mwalimu Churchill or King’ang’i. Mannerson joined the show in December 2018 and says that a career in the industry is rewarding as long as one knows how to go about the ropes and consistently comes up with engaging content.

After successfully building his brand at the show, he has been able to build his online presence and from it establish more businesses.

His Facebook community and Instagram page have 140,000 and 90,700 followers respectively. With these numbers, he has been able to lock down deals with brands in advertisements and endorsements. These include local betting firms that have been riding on the gambling wave that seems to be constantly having clients and players ready to bet on a game.

Moreover, Akuku Danger is an event MC and host whose popularity based on his relation to the man who sired 210 children from more than 100 wives has gotten him several gigs. He MCs for birthdays, ruracios, weddings, office parties, launch parties, and baby showers. 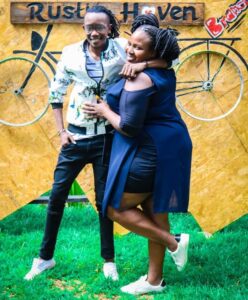 The comedian is in a relationship with an unidentified lady who is featured on his social media pages on several occasions.

In a recent development, the comedian was hospitalized at Nairobi Women’s Hospital-Rongai after he was reported to have had lung failure. The news was broken by Boaz Hosea, a friend of his online saying, “Akuku Danger was admitted at Nairobi Women’s Hospital-Rongai last week and discharged, and put on medication and now he has been readmitted. One of his lungs has already collapsed, and is currently in the I.C.U.”

Akuku Danger’s family also came online seeking support from Kenyans as the hospital bill was fast rising. In a post, they said,“We are seeking financial support for our brother who is admitted at Nairobi West hospital ICU due to lung failure. He is currently undergoing dialysis. With the several medical procedures involved, we are at a burden of an increasing hospital bill.

Any financial support will be highly appreciated.” Many colleagues from the Churchill Show and fans shared the news seeking support via an M-Pesa paybill for his medical support. Some of these are Sandra Ndacha and Professor Hamo who mentioned in an online post that Akuku Danger was born with Sickle Cell Anemia. The comedian is presently at Nairobi West Hospital receiving his treatment.

On 31st December 2021, a New Year’s ushering show was held at the Garden City Mall grounds where thousands of Kenyans came together to welcome the new year. During the show, Churchill took some time and asked the audience to stand with the comedian in raising funds.

In a record three minutes, Kenyans had raised Ksh 400,000. Several Kenyans celebrated this outstanding effort. Sandra Ndacha commented, “But this man @mwalimchurchill Churchill Show managed to raise 400k yesterday for @itsakukudanger in a span of 3 mins. What more can I say… Thank you! Thank you!” Maina Kageni added, “He’s got a heart of gold.”

Many Kenyans applauded Churchill for his unrelenting support for the artists he has hosted on the show.