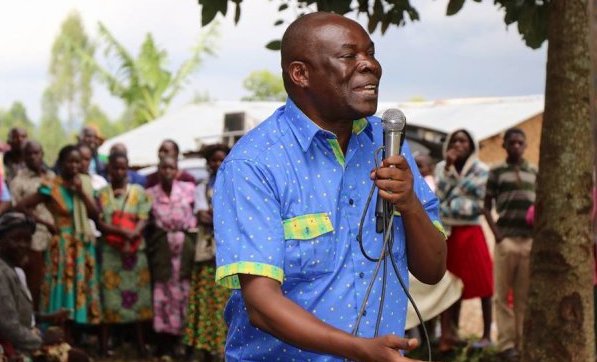 At that point it seemed to be normal practice but this has gone too far since then.  The county with over 1.6m residents has three major sub-tribes namely; Tachoni, Bukusus who are the majority and the Sabaots in Mt. Elgon.

Therefore, any appointment within the county is based on several parameters. That’s youth, gender, ethnicity and people living with disability should be given consideration. Now that the sub-tribes have the clans that mean the appointing authority ought to give it consideration too. All the above cannot be exhausted fully because the chances are limited.

Basing on the issues surrounding county 39, the deputy governor is accused of nepotism in appointments and awarding of tenders. The deputy governor Prof. Ngome  Kibanani who hails from Tongaren constituency with roots from Mihuu ward within Webuye east constituency, has consistently appointed his clansmen and women from the village of origin.

Over ten appointments have been made so far from Webuye east but 95% are from one ward that’s Mihuu ward.

The officers appointed are either close relatives or neighbors.  The spirit of devolution is not adhered to as far as appointments are concerned. The constituency has three wards with Ndivisi being the most popular but with only one appointment in the county government.

The only beneficiary was one Mr. Stan Wepundi the personal assistant to the governor. This appointment was made by the governor himself no wonder an outsider from DG’s circle managed to secure the opportunity.

The very first appointments after 2017 elections are listed below;

The community within Ndivisi Ward is wondering if WWW regime is really interested in re-election come 2022. “How can such a most popular Ward fail to get a slot in the county government? Which platform will the current regime stand on during campaigning period?”.

The other notable appointments are Job Chelongo who has since settled in Maraka ward.  Maraka ward has one other appointment as the director, Mr. Martin Wafula. A ward administrator his name withheld asked, “How will the DG prof. Ngome campaign in other regions in Bungoma now that he concentrated all appointments within his village?”  Residents especially from the left out wards are demanding for resignation of the DG or they take the matter to court of law for arbitration.

Why Teachers’ Salaries May Delay up to Next Week

Covid-19 and Gender Equality: The impact on Women and Girls in Africa