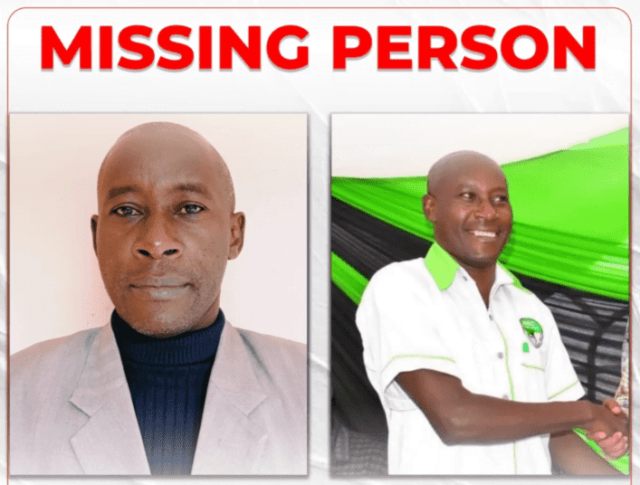 Daniel Mbolu Musyoka is a Kenyan IEBC official who was recently reported missing. Details about his death have surfaced online, leaving Kenyans shocked and with a lot of questions.

50-year-old Daniel Mbolu Musyoka was born in Kenya. However, further details on his life, education, and career are not yet disclosed to the public.

Daniel Musyoka has worked for IEBC for about thirteen years, and this year was the Returning Officer for Embakasi East Constituency. He was reported missing on Friday, 12th, August by the Commission. In his statement, Chebukati recorded that Mr. Musyoka left his house at 9:00 am and arrived at the tallying center at 9:45 am accompanied by his assigned security guard.

Mr. Musyoka was initially assigned to work at the Loitoktok station, but was later moved to Embakasi East in May. He disappeared moments before announcing the election results for the parliamentary and Member of County Assembly races at the East Africa School of Aviation.

CCTV footage captured Musyoka walking to a nearby bus station after leaving the tallying center. Detectives reported that Musyoka was relaxed and showed no signs of concern. They also reported that he did not make or receive any calls and was also not being followed by any person or car.

The police reported that his mobile phone signal disappeared an hour after he went missing. The phone’s last location was in Mihang’o in Utawala at around 10 am. While there has been a search going on, details about his death have risen, sparking reactions among Kenyans.

Daniel Musyoka was found dead in Kilombero area in Loitoktok.

The IEBC official is a married man, married to Tabitha Mbolu. During his disappearance period, Tabitha was liaising with the commission to try and locate her husband. She shared that he did not answer her calls the last time she tried reaching out. In addition, Tabitha said that they had searched hospitals, pharmacies, and even morgues unsuccessfully.

There are no details about Daniel Mbolu’s exact net worth.