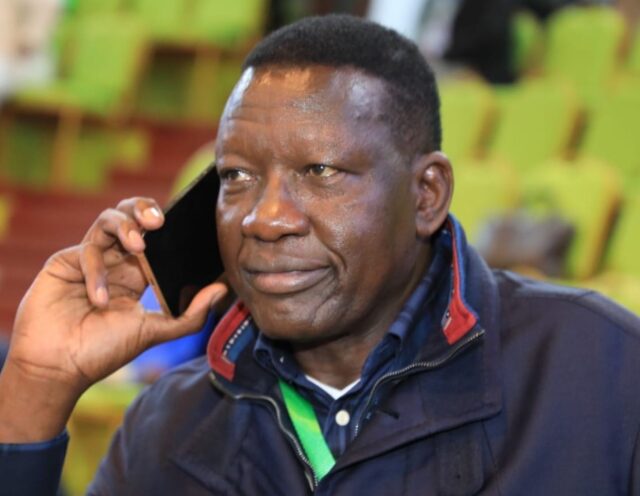 Davis Chirchir is an IT guru, credited for the role he played in the success of the Jubilee party in the 2013 and 2017 general elections. He is a Kenyan politician who was nominated by President Uhuru Kenyatta as the Cabinet Secretary for Energy and Petroleum on April 25, 2013.

Davis Chirchir was born in 1960. However, details about his birthplace, family, as well as primary and secondary education have not yet been disclosed.

Chirchir’s career kicked off at the defunct Kenya Posts and Telecommunications Corporation (KPTC). He soon rose to become the general manager. He soon became the senior manager of Telkom Kenya.

Between 2011 and 2013, Davis Chirchir worked as the secretary general for the United Democratic Party (URP). He was appointed to the cabinet in 2013, where he served until he was caught up in corrupt dealings in 2015.

In 2017, Davis Chirchir came into the limelight after he was accused by former Prime minister Raila Odinga of tampering with the servers to ensure President Uhuru Kenyatta’s victory. He was the chief presidential agent appointed by the president at the time.

In 2022, he was appointed the Chief of Staff at the office of Deputy President William Ruto. He succeeded Ken Osinde who passed away at the Nairobi hospital while receiving treatment., leaving the position vacant.

There are no details on Davis Chirchir’s net worth. However, he earns most of his wealth through his career in the technical field and political career as well.