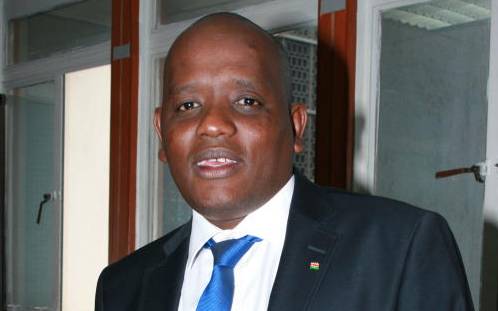 Dennis Itumbi is a digital strategist, blogger, entrepreneur, and consultant. He is known for several factors, some bad and some commendable. This article looks into Itumbi’s biography highlighting his background, career journey, personal life, and more details.

Itumbi was born in 1985 on 18th March in Kirinyaga. He was raised with his siblings in the cool regions of the county. One of his siblings is named Kevin Karaya Itumbi.

Dennis is an alumnus of Meru School where he was a student before enrolling for his Journalism diploma at the Kenya Institute of Mass Communication. He progressed his studies further taking up an undergraduate degree in Mass Communication at Moi University.

Itumbi decided to take his knowledge in the industry a step further and enrolled for a graduate degree at the University of Leicester pursuing a Master of Arts in New Media, Governance, and Democracy.

He has so far had a remarkable career journey having explored in different capacities. One is working as Director of Digital Communication in the president’s office in President Uhuru Kenyatta’s tenure. Additionally, Itumbi was in charge of the president’s digital campaign.

He is also a founder who established 25 Studios with other founding partners. He also founded Supreme Media. This strongly portrays his entrepreneurial acumen. As a trained media professional, he also worked with Kenya Broadcasting Corporation.

Beyond this part of his career journey, several Kenyans know him as a blogger who at times got right in the middle of highly controversial matters and topics in the country. This has gotten him into political rubbing of shoulders.

Dennis Itumbi for instance got into trouble with Interior Security Cabinet Secretary Fred Matiang’i after he released posts that allegedly linked the CS to the land scandals in Ruaraka. His broad knowledge in such topics made him a social media expert, a strength he leveraged to kickstart a consultancy.

The blogger and digital professional keeps his personal life away from the public at all times.