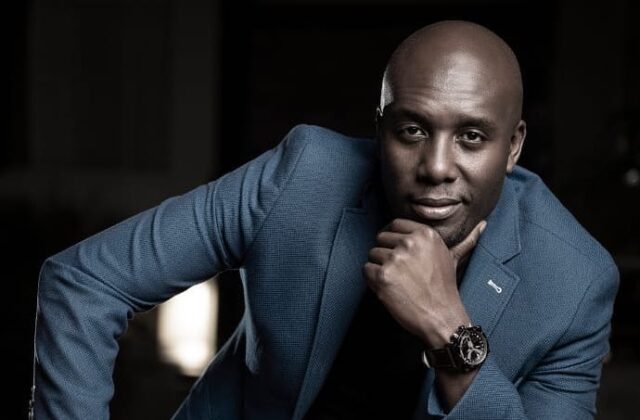 Dennis Okari is a news anchor and top NTV journalist who specializes in editing special projects and investigative journalism. He is one of Kenya’s journalists who does coverages for very interesting topics, the most recent one that caught the entire country’s attention being an expose on the corruption and malpractices that took place with the onset of the Coronavirus Pandemic which was dubbed Covid19Millionaires. Dennis Okari, the man behind such exposes and intriguing stories is the subject of this article as we answer some of the questions his fans might have about him.

Okari is in his mid 30s and was born in Nyamira County. Not much is known concerning his family as he is quite reserved and conservative with such personal information.

Okari is a graduate of the Kenya Institute of Mass Communication where he pursued a Bachelors Degree in Communication – Journalism. He did very well at school earning him opportunity to do much more work in his field of choice which he later carved out to be investigative journalism.

After school, he landed his first job in the year 2003 as an assistant producer and reporter on a station that was later phased out called Metro TV. It was a great foundation for the young journalist as he was able to get himself more jobs such as doing research and reporting on stations such as Kenya Broadcasting Cooperation (KBC), TBN Africa, KTN and NTV.

His successes and good job in local television stations earned him an opportunity to work for international BBC over his career which is a very commendable act. He continues to work at Kenya’s NTV as one of the most popular journalists on air.

Many people do know Dennis from his six month marriage to fellow television personality – Betty Kyalo. The two got married in a lavish celebration, invite-only in the leafy suburbs of Nairobi in the presence of their friends and high profile individuals in Kenya’s media industry.

The two however called off the marriage six months into following irreversible matters thought the two co-parent their daughter names Ivanna. Dennis Okari is currently married to Naomi Joy since 2018 and the two seem inseparable and deep in love.

Dennis Okari Net worth and Assets

Dennis Okari makes a decent earning from his work as a television presenter on NTV though the exact value of his net worth is yet to be established. Information on the assets under his name as well remain unavailable as at the time of this article’s publication.