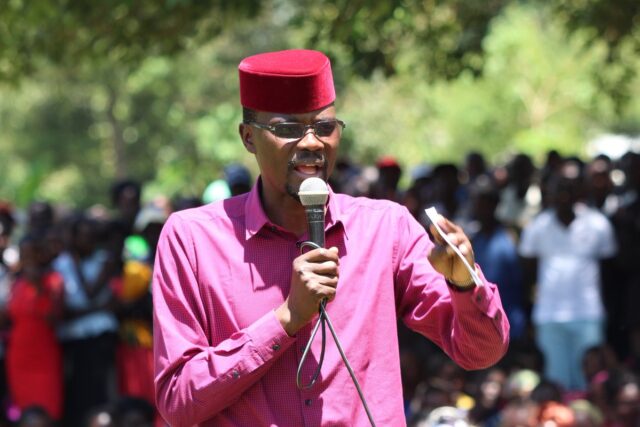 Didmus Wekesa Barasa Mutua is a Kenyan politician from Bungoma County who has been in the spotlight after he was charged with assault. The politician was arraigned and later released on bond. This article looks into Didmus Wekesa Barasa’s biography, highlighting his background, career journey, and personal life.

He was born in Bungoma County where his parents brought him up.

Wekesa Didmus attended Kimilili Secondary School where he graduated then got placement at Jomo Kenyatta University of Agriculture and Technology pursuing a Bachelor of Science in Electrical & Electronic Engineering. He did not stop there and furthered his studies at Australia’s University of Queensland.

At Queensland, he pursued a graduate degree in Occupational, Health, Security, and Safety Science.  Barasa’s latest educational leap was in a Security Systems Audit program at the University of Sydney in Australia. He completed that graduate diploma in 2009.

The first professional endeavor Hon. Didmus Wekesa undertook was being a Kenya Armed Forces Captain for the Tech Wing. He headed the Shell Company in Australia in a management position. Regional qhse manager ea was his next area of work from 2012 in charge of logistics in a number of countries including Kenya, Ethiopia, Djibouti, Uganda, Tanzania, and the Democratic Republic of Congo (DRC).

Barasa got into the political arena in 2017 after he was elected into a Parliamentary seat representing the people of his hometown, Kimilili Constituency.

He was arraigned at Kimilili Court on Monday 2nd August 2021 facing charges of assaulting a contractor and musician causing bodily harm to Masinde Stephen, alias Steve Kay at Lurare Baptist Primary School. Barasa denied the allegations and was released on a Ksh 150,000 bond and a Ksh 100,000 bail. He was represented by Brian Khaemba, Wekesa’s lawyer who stood by his client calling for justice to be delivered.