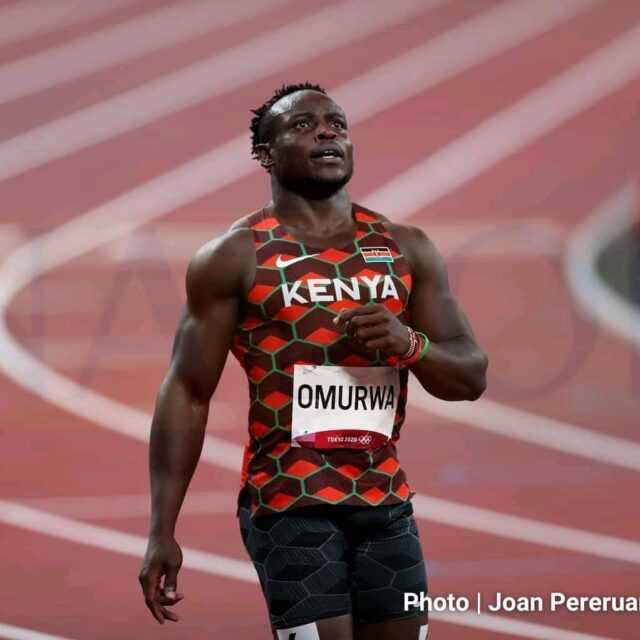 The Tokyo Olympics 2020 has shed light on some of Kenya’s upcoming personalities. One of these new entrants flagging the Kenyan flag high is Ferdinand Omanyala Omurwa from Bungoma County. This article looks into his biography, highlighting his background, age, personal life, and career journey.

Omanyala was born in 1996 and he just turned 26 years old on 3rd August 2022. He was born to his parents who brought him up in Bungoma, ensured his academic training was fully supported. Ferdinand is born into a family of five brothers and he is Luhya by tribe.

He began his education in Bungoma before his enrollment at the University of Nairobi for his higher education training. Kamusinga high School became where his Rugby journey began. Omanyala is currently undertaking a Bachelor of Science in Chemistry at the University.

His career as an athlete traces back to his younger days when he took an interest in sports. He was a Rugby player at the University of Nairobi before he went into sprinting. He is a 100m sprinter and is pushing the limits in that space. In the ongoing Tokyo Olympics that was postponed last year due to the Covid-19 situation, Ferdinand Omanyala made history. He became the first Kenyan to compete in the 100m sprint semi-finals. There, he set a national record of 10.00 seconds.

In a celebration that was closely followed by his family in Bungoma and other Kenyans across the country, he expressed his gratitude and an intention to continue representing Kenya to the best of his ability.

On Saturday, July 31, Ferdinand Omanyala Omurwa made history when he became the first Kenyan to qualify for the 100m Olympic semi-final.

Ferdinand’s mother is his number one fan. She is fully supportive of his son and his endeavors. In an interview with the media, Omanyala’s mother said that she was proud of her son’s achievements thus far at the Olympics and promised to bring her son’s favorite meals upon landing at the airport.

His favorite meal is fish and ugali. Omanyala is married to a beautiful woman by the name Laventa Omanyala. The two have one son called Quinton Finn. On an interview, Ferdinand stated that her wife used to pay for the rent while he had nothing. He added that it was time for him to give his wife everything she wanted, now that he is able to afford it. 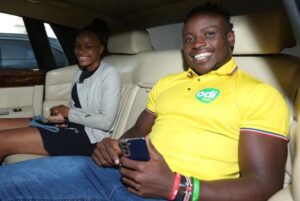 In a post on his Social Media, Omanyala wrote a message in which he attributed his success to the wife and son Quinton Finn. In his post, he wrote;

“I want to put my celebration aside to celebrate these two important people in my life. Been away this year for months. 4 weeks in South Africa and another 6 weeks in Japan.

Thanks so much, Amluv Lavesh, for always being there for me and being a shoulder to lean on. That sweet food you have been cooking.

To my kid Quinton Finn, I remember you telling me “Daddy nimekua mkubwa na bado haujarudi” . It was funny but I came to look for a good life for you. 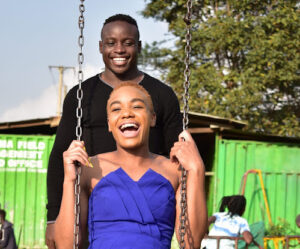 Thanks so much, kid for understanding that dad has to leave go and run and give you the best life. U have been my motivation.”

Net Worth and Cars

As an outstanding athlete, Omanyala has bagged several awards in various competitions. His estimated net worth as of the year 2021 is approximately Kshs. 750 Million.

On Wednesday the 22nd of September 2021, the sprinter was gifted a brand-new Toyota Harrier by betting firm Odibets as a reward for breaking the African 100 metres record at the Kip Keino Classic Tour. On Jeff Konange Live interview, Omanyala stated that the car had always been his dream car. 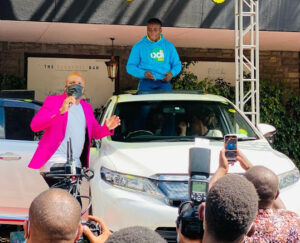