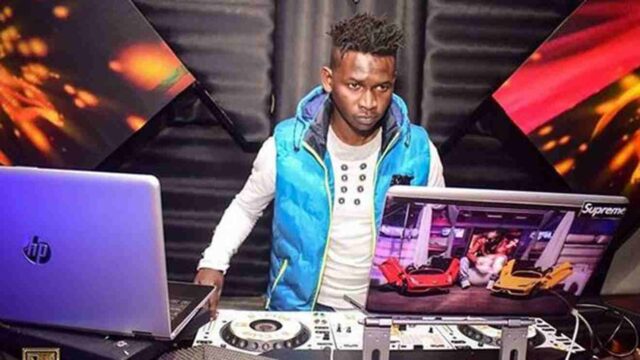 DJ Evolve, who was the victim of a gunshot wound fired from Embakasi East MP Babu Owino’s firearm in 2018 is the subject of this article. A long and painful journey that started in 2018 has now taken a new turn with the court acquitting Babu Owino. This article looks into DJ Evolve’s biography highlighting background details and the eighteen-page deal that led to the court agreeing to an out-of-court settlement.

The DJ was born to his late mother Mary Hongo and father John Orinda in the 1980s and was given the name Felix Orinda. He has a brother named Andrew Orinda who was the DJ’s spokesman and reporter on his progress when he was hospitalized. Their mother Mary Hongo passed away on 22nd September 2021 after she collapsed in her home in Nairobi.

Felix Orinda took a keen interest in music growing up and aspired to make a career out of it. This is what led to the birth of DJ Evolve. He was a resident DJ at B-Club in Kilimani where he was hailed as a great performer nicknamed ‘low-key-assassin’. DJ Evolve and Babu Owino were good friends who would often chat and exchange pleasantries at the club.

On the night of January 17, 2020, DJ Evolve got into a verbal argument with Babu Owino when the latter withdrew his gun and shot the DJ twice in the neck. The incident raised havoc at the club with people rushing in all directions. The DJ was taken to hospital with serious injuries that left him in bed for months.

The incident brought him into the limelight as he raised charges against the Embakasi East Member of Parliament for attempted murder. Babu Owino was arrested and later released on a Ksh 10 million cash bail. The complaint was retained by the Orinda family as Felix gradually nursed his wounds in the hospital.

In a recent turn of events, Senior Principal Magistrate Bernard Ochoi declared that the MP had been acquitted after the two parties agreed to an eighteen-page deal that would settle the case out of court. People were quick to make allegations that John Orinda, the victim’s father had accepted money in exchange for justice. He went on to respond that he was only out for his son’s recovery as he had undergone so much.

The Orinda family withdrew their complaint letting Owino off the hook on count one but will however still face prosecution for behaving in a disorderly manner while carrying a firearm which was his second count of charge. The deal agreed upon by the parties is still under protection such that should either party fail to comply with the terms stated therein, the other would be at liberty to sue for agreement breach.

Babu Owino will in the deal be expected to clear DJ Evolve’s Nairobi Hospital medical bill of Ksh 17 million and his nursing costs. Additionally, the MP will pay an advance two-year rent for the DJ, set him up a DJ academy, purchase him a Toyota Noah, all his needed drugs, bills, and build him two houses. The Orinda family on the other hand will be required to not raise another complaint in court.