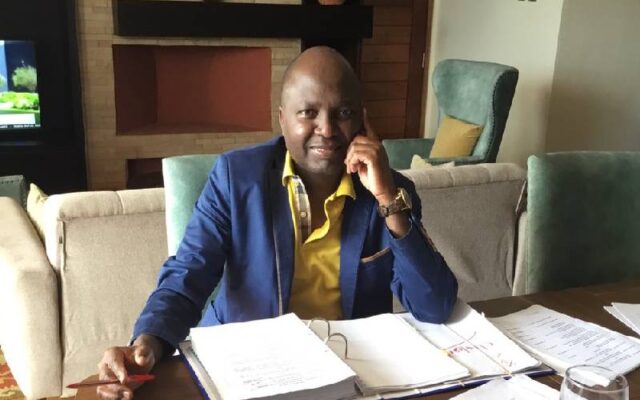 Donald Kiprorir is an advocate in Kenya. This article reviews his biography.

He was born in Cheptongei, Marakwet County. As of 2021, Mr. Kipkorir is fifty-three (53) years old. Growing up in a humble home, he is the third-born child in a family of nine. Donald describes his poverty as extreme since he never wore shoes until he came to Nairobi for his University studies.

He studied at a village school that was not doing so well. His mother transferred him to a better school in the village and would sell busaa to get money for his school fees. In his Twitter account, Donald stated that he was educated by his mother and her mother. He had intentions of being a priest and had already joined the seminar, but his acceptance to the University of Nairobi to pursue law changed that objective.

Advocate Donald Kipkorir excelled at the University and got his Bachelor of Laws Degree. He further continued on to the Kenya School of Law where he got his Postgraduate Diploma in Law. He then undertook his pupillage at Nyairo and Company Advocates.

Donald is the founding partner of the KTK Advocates Law Firm. Prior to the birth of this great firm today, Donald began his early years of practice in law at the Wetangula and Company Advocates, one of the most renowned firms of the 1990s. Working with Senator Moses Wetangula taught him some life lessons which he adheres to up to date such as acting on intuition and on instinct.

Working in the firm also sharpened his skills. As a young lawyer in his twenties, he petitioned against one of Kenya’s best lawyers of the time, such as Satish Gautama. The notable case was where he represented Gulamhussein Sheikh who had sued Akasha for a debt worth three million US Dollars and he proudly won the case.

Donald decided to start his own journey by starting his law firm, the KTK Advocates. Sources have it that he took a loan which would take him 36 months paying but instead, he cleared the loan in one year. He is a hardworking man who gives his best to his law firm. In a tweet, the advocate stated that he would work 15 hours straight from 6 a.m to 9 p.m.

As the Managing Partner, Commercial Litigation Lead in the Litigation Department, the KTK is one of the most successful law firms in Kenya. This was under the influence of Korir. His exceptional twenty-five (25) years of practice have given him broad experience in Corporate and Commercial Law, and an exceptional track record with Commercial Litigation. Additionally, Donald Kipkorir is a registered Patent Agent as well as a Commissioner for Oaths and Notary Public.

Advocate Kipkorir married Noni Weru in January 2017. The couple is blessed with a handsome son. However, Donald is said to have other children with different mothers and some are adopted. He had an abusive father growing up and became reluctant to marriage since he didn’t have the perfect father nor did his mother have the perfect husband. As an adult though, he tries to create time for his various children. Recent news says that he bought his daughter a Volkswagen as a graduation gift and he threw a lavish birthday party for his son.

Donald has acquired a lot of wealth over the years. He attributes his prosperity to his individual effort and hard work. Many would refer to him as extravagant, but they would have to stand corrected. Donald’s philosophy in life is to be happy and that’s how he does it. He once hit the social media headlines when he bought a Range Rover Sports House 2016 edition for Ksh 24 Million. Recently, he bought a Mercedes E300 and posted the pictures on his social media accounts. Donald is undisturbed by people’s commentaries since he believes that money gives you a choice, which would explain why he speaks out since he is not obligated to anyone.

Donald would want to be remembered for impacting the lives of various people in the country and globally as well. He has paid fees for those disadvantaged, given employment opportunities to the unemployed, and has also taken part in donations and charities.