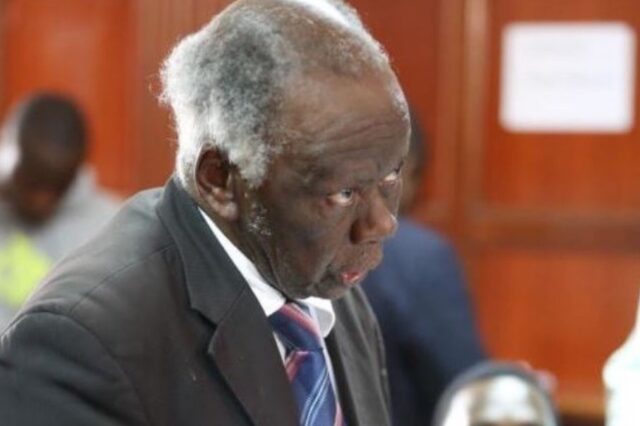 Dr. John Khaminwa on the BBI Appeal hearing on 2nd July made the statement, “The Honorable Uhuru Kenyatta has filed an application and I’m inviting you very respectfully my lords, that you do not take note of the application that he has made before you at all.”

He called on the bench to stand firm and maintain the integrity of the institution and uphold the Constitution of Kenya. This article looks into Dr. Khaminwa’s biography, professional journey, personal life, and background.

Senior Counsel Khaminwa was born and brought up in Kenya.

Dr. Khaminiwa has been in the field for over half a century and over the course of time accomplished several Milestones. Dr. Khaminwa and his wife set up Khaminwa & Khaminwa Advocates, a law firm that dealt with human rights cases. The couple was at the forefront of championing activists’ rights who were often on the government’s opposing side.

Human rights activists such as Matiba and Rubia were restrained, and more tortured by the police. The late Joyce Khaminwa however said that from 2002, a new era of legal professionals emerged; one that was not afraid of the government.

Dr. Khaminwa was detained in 1982 and in 1990 due to his involvement with activists that were pushing for multiparty democracy in Kenya. His detention in 1982 took three weeks, a period he defined as very frightening since most activists were tortured and killed upon detention.

His recent comments at the Court of Appeal rattled some feathers as he made a statement with the media on 3rd July saying he had received state threats.

He was married to the late Justice Joyce Khaminwa, who passed on in 2014. Being a family of legal professionals, Khaminwa’s son Albert followed in the same path. Albert however passed on three years after their mother’s death. The family was now left with Dr. John Khaminwa, son Arthur, and two daughters – Anjela and Anne.