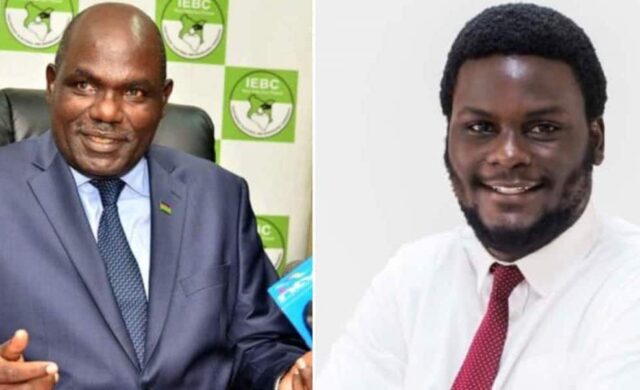 Emmanuel Chebukati is a cloud security engineer with over seven years of experience in application security, System audits, and Secure Cloud Deployment. He is a co-founder and Certified Cloud Security Engineer at Hepta Analytics and Heptaplay.

Emmanuel Chebukati is the son of IEBC chairman Wafula Chebukati and Mary. His siblings are Jonathan and Rachel. Details about his birthplace and year of birth are not yet disclosed.

According to his LinkedIn profile, Emmanuel went to Aga Khan Academy in Mombasa between 2003 and 2011. Here, he attained his International General Certificate of Secondary Education (IGCSE). He also went to the Institute of Advanced Technology (IAT) where he attained a Certificate in Computer Programming in 2009 and a Certificate in Business Information Technology with distinction honors in 2011.

Emmanuel went to the United States International University (USIU) in Nairobi between 2012 and 2014 and graduated with a Bachelor of Science degree in Applied Computer Technology. In 2016, he joined Carnegie Mellon University and graduated in 2018 with a Masters in Information Technology.

In 2017, Emmanuel Chebukati co-founded Hepta Analytics which is a regional data analytics company with its headquarters in Rwanda. The company has been operating for six years and has developed products like HR Analytics and HeptaPay.

Apart from co-founding Hepta, Emmanuel has also played a part in other sectors of the tech world. He was a graduate management trainee at the Presidential Digital Talent Program for three months between February 2015 and April 2015. He also worked as the Information Security consultant at Shidolya Tours and Safaris in Tanzania.

Emmanuel Chebukati’s exact net worth is not yet known. He earns most of his wealth through his career in the tech industry.