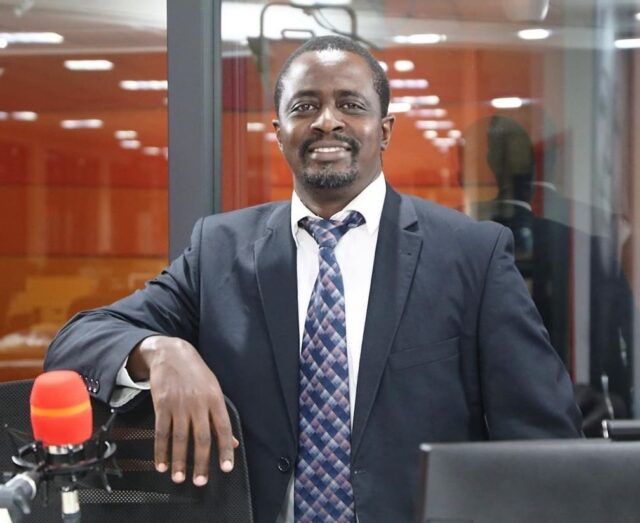 Eric Latiff is a Kenyan Radio host, famous for hosting the show, ‘The Situation Room’. He is also an event moderator, and among the richest radio hosts in the country.

56-year-old Eric Latiff was born on August 17th, 1965 in Kenya. Further details on his early life as well as his primary and secondary school education have not been disclosed to the public.

Eric joined the Kenya Institute of Mass Communication(KIMC) in South B, Nairobi in 1998. Here, he trained as a Telecommunications Engineer and later graduated.

Latiff has been in the media industry for over twenty years. In 2006, when K24-Kenya was set to launch its first 24-hour news channel, Latiff was among the team assembled by Rose and David Kimotho. While working at Media Max, he was also a production manager and producer at Kamene FM.

He left Kamene FM to join Family TV, where he worked as a TV producer. He also worked at Capital FM for years as an anchor and news editor before proceeding to join the Standard Media Group as a senior anchor and host.

In 2019, Spice FM was launched, and Latiff was named as one of the hosts of the ‘Situation Room’, which is a popular show that focuses on political and current affairs. Latiff has established quite a reputation for himself and is among the most sought-after media personalities.