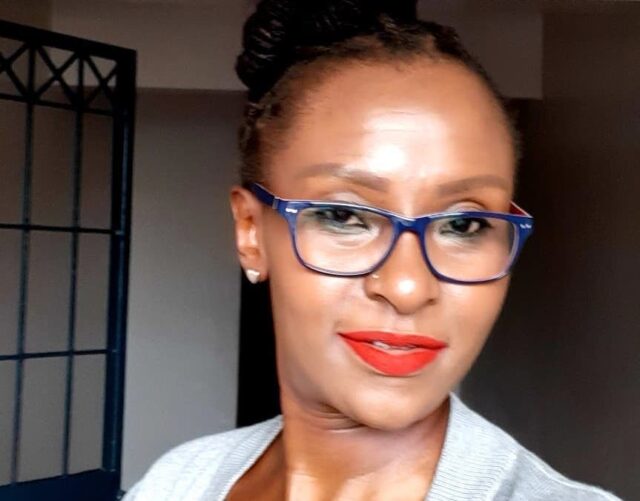 Esther Musila is a fitness enthusiast based in Nairobi and does content creation. She came to the limelight following her relationship with Guardian Angel, a Kenyan gospel artist. The internet went ablaze with critics talking of the age difference between the two. This article looks into Esther’s biography and details of her personal life.

Esther was born in 1970, turning fifty-one in 2021. Her homeplace is yet to be established as she keeps this information private as the soft-spoken lady she is.

Musila’s academic qualifications remain in the dark but her achievements and placements later on prove that she attained an excellent training while at school.

Ms. Musila has an exemplary track record thus far and worked in reputable entities in Kenya and internationally. She held the position of program manager in charge of coordinating successful water and sanitation programs in Lagos and Nepal. She further holds under her belt an eighteen-year career as an international civil servant for the United Nations.

She is a mother of three kids aged thirty, twenty-seven and twenty-three. She is dating gospel artist Guardian Angel, something that people have been fussing about. The two have consistently told the public that they were happy and alright with their relationship. The couple met through radio and had a date planned out following her reception of the song Rada.

Esther is further a fitness enthusiast, something that keeps her looking younger than her age, loves music and does content creation as a hobby. She runs a YouTube channel where she shares her music and videos.

Esther Musila Net Worth and Assets

Musila is a wealthy lady and has attained admirable levels of success in her career. Guardian Angel, for instance, has had to let people know that he is not in the relationship with monetary interests. Information on her exact net worth and assets she owns remain unidentified as at the time of this article’s publication. She is also not a flaunting kind of lady and keeps her matters close and private.