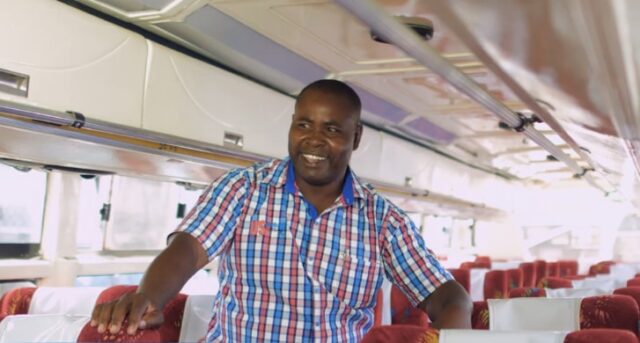 The call to never despise humble beginnings is exclusively portrayed in Evans Anyona’s life story thus far. He beat the odds that were stack against him to emerge as a highly profitable and successful entrepreneur in his ventures. Evans Anyona, the man who owns shares in one of Kenya’s most successful transport providers is the subject of this article. We take a look at his humble beginnings and the grace he has risen to from the grass. His story is one that inspires all people regardless of situation to take the bull by the horns and craft themselves the life they want.

Anyona hails from Kisii County in a village called Riabigutu. He was born in 1968 to his caring parents though he lost his father when he was in standard six. He was then raised by his single mother who had to provide an education, shelter food and clothing for her children single-handedly.

Anyona Nyagaka attended Riabigutu Primary School and later on proceeded to Masimba Secondary School. He performed well although he could not proceed with his education at an institution of higher learning. This is because his mother was not able to raise the due fees and therefore, Evans had to kickstart his life.

He initially explored small scale farming as a business in 1992. This was the year that Kenya experienced a severe drought which threatened the nation’s food security. Anyona bought several bags of maize in preparation for the season and when it was time, he sold the maize at five times profit. He also explored chicken farming whereby he sold chickens in his home area. He quickly established a customer base and together with his wife opened a shop in Masimba market to sell general products.

The shop was run and managed by his wife as Evans explored more with farming. He was an active participant in pyrethrum business as he bought pyrethrum from local farmers and sold it to the Pyrethrum Board of Kenya. His venture was very successful since pyrethrum was a booming business at that time.

In 2002, Evans Anyona ventured into the matatu business as it was still a fairly new entry in the economy. He began humbly with a nissan and over a few years had a fleet of matatus operating Kenyan roads named Explorer. In 2005, Anyona established Transline, a group of public service nissans that would service the Nairobi – Kisii routes. Transline became very popular given the comfortable nature of their vehicles and manning the Nairobi – Kisii route. In 2010, Transline Classic was formed from Transline and had investors come in board to purchase buses that would increase their former capacity. The investors sought a bank loan from Equity group which bore the comfortable and highly preferred Transline Classic buses.

In 2017, Evans Nyagaka ventured into the market and established his own company, ENA Coach whose name is derived from his name following a fallout with his partners. ENA Coach now runs more than eighty buses servicing all the counties in Kenya.

Evans is married and prefers to keep family matters away from his public life thus little is known about his family.

Evans Anyona Net worth and Assets

Running one of the busiest transport service providers, Nyagaka is a wealthy entrepreneur who now reaps the benefits of his hard work and despite a tough background emerged successful. He not only mans ENA Coach, but also other entrepreneurial ventures. His exact net worth is yet to be established.