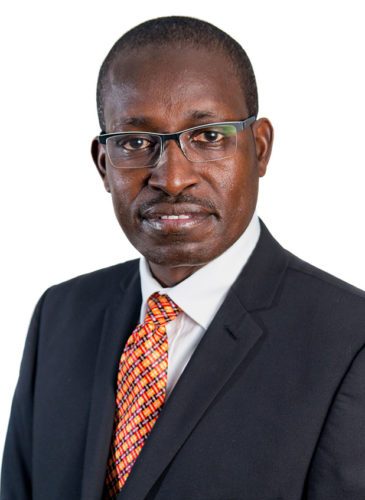 The late Evans Monari was an excellent lawyer, a celebrated Kenyan, a loving husband and father who passed away on 4th October 2021 after battling a long illness. He led a full life, realized success in his career, and was great company to his friends and family. This article looks back on the life of Evans Monari, the man who wrote his own heartfelt tribute, taking stock of his background, academic training, career journey, and a glimpse of who he was beyond Law.

The late Evans Nyarong’i Monari was born on 20th October in 1962 in a village called Riakumba as his parents’ (the late George Hudson Monari Ogeto and Teresa Bosibori Monari) firstborn child. Growing up with his brothers Ken, Dennis, Geoffrey, and sisters the late Lilian and Dr. Fronica, he was fond of comics such as Beano, Archie, and Astrix.

He attended three primary schools in his childhood namely Nyakongo, Kahawa, and St. Georges. He then joined Parklands Secondary School but on grounds of disliking their uniform, he transferred to Upperhill School where he stayed until his completion. As a stellar student, the late Evans Monari won best literature student and then proceeded to the University of Nairobi to pursue a Law degree as advised by his father. He had initially thought a Journalism career would be his path but looking back, he said he was always glad he took the Law path. His time at the university was a fondly reminisced time noting that the class of 1987 went on to produce Kenya’s first female Chief Justice, Martha Koome.

Notably, he represented the government of Kenya in an International Arbitration, Retired Major General Hussein Mohammed at the ICC, the Law Society of Kenya, and President Uhuru Kenyatta at the ICC and in Kenya at the 2017 election petition.

During his lifetime, he was a member of the Independent Electoral and Boundaries Commission selection panel in 2016, Friends for Life Foundation board, and the Law Society of Kenya Council among other organizations and boards.

The late Evans was married to Okindo Jacqueline from 1994 when they exchanged vows at the Great Court, University of Nairobi. He was the loving father of Cynthia Angel, Michelle Moraa, Joshua Andrew, and Jeremy.

Following a series of internal organ complications, he was admitted at the Nairobi Hospital Intensive Care Unit until his death on 4th October 2021.

In his penned tribute, he left the world with some wise words saying, “So in the end, remember… do your best, follow your arrow, and make something amazing out of your life.