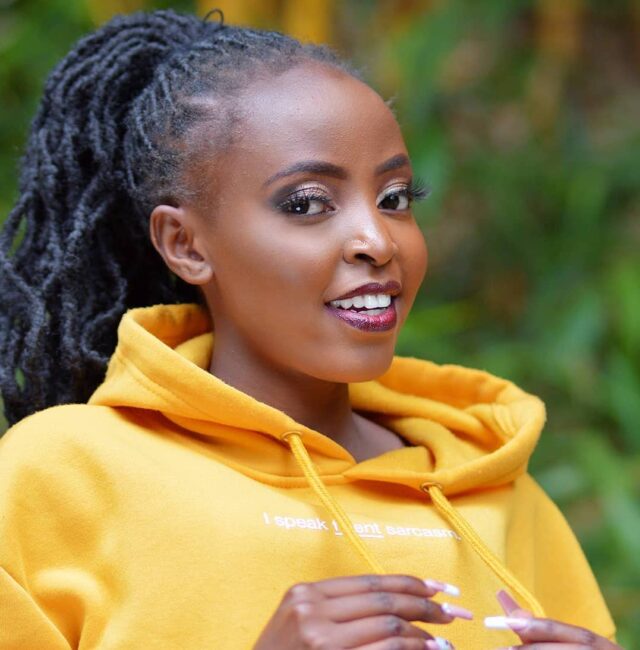 Mungai Eve is one of Kenya’s YouTube content creators who are using the platform to make money online. She recently revealed made claims that she makes more than Ksh 1,500,000 monthly from her channel.

Content creation is reaping benefits for several young people in Kenya and around the world. How did she do it? This article looks into Eve Mungai’s net worth, biography, age and place of birth, personal life, and career journey.

The YouTuber was born in the late 90s and named Everlyne Mungai by her parents. She hails from Machakos County, where she bases most of her content online.

Everlyne is a former Journalism student, a course she dropped in 2020 before starting her channel.

Her path into YouTube came about due to the lockdown season in 2020. Eve found that she had a lot of time to spare and thus took a step into creating material for a channel. She posted her first video in October and since then has been on an exhilarating journey. 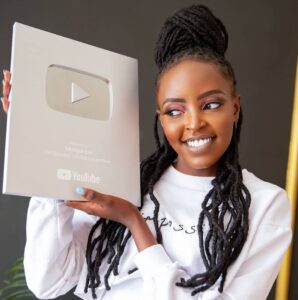 Her consistency with posting videos on unreached individuals and groups across the country has proven fruitful. Mungai covers works on new music groups, trending topics, and artists to look out for.

In October, she began by covering Machakos’s Gengetone Festival, thus promoting the event among the greater population. Additionally, she goes around asking for people’s opinions regarding topics that make headlines in the country.

Eve’s career as a YouTuber has seen her go around the country shedding light on new and upcoming artists who end up receiving the exposure they seek. Some of these include Mikos, Stupid Boy, Liyetin, and Madocho.

The Eve Mungai channel has recently earned her a Silver YouTube Plaque.

The content creator is dating a man called Trevor, with whom she works. Trevor and Eve met in 2020, about the time when Eve went into YouTube. 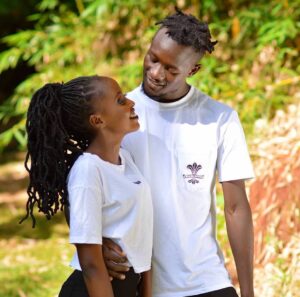 Trevor is a photographer, marketer, and director. The two have been inseparable in their romantic relationship that doubles up as a work relationship.