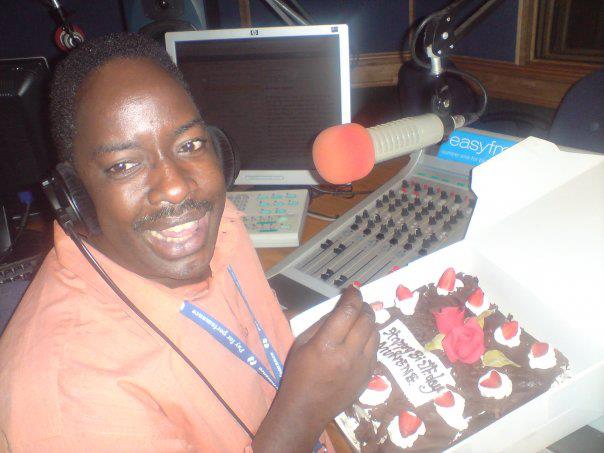 Munene Nyaga, sometimes referred to as ‘Nyama Mbadala’ is a media personality whose fame came by in the early 2000s when he was a radio presenter. Munene has also put his name out there among the Kenyan public through other means explored in this article. Find here Munene Nyaga’s net worth, biography, personal life, professional journey, and more.

Munene Nyaga was born in Nairobi’s South B area in the late 70s. He was then brought up in the same area before moving to Madaraka and later on, to Old Racecourse.

Munene attended Old Racecourse Primary School in Nairobi where he sat his Kenya Certificate of Primary Education examination. Shortly after, he enrolled at Strathmore High School for his next level of education. Nyaga later joined college in Nairobi as well.

Munene’s professional journey began soon after college when he thought of applying to a radio station though on a light note. He took a recording of himself reading his curriculum vitae in English since he had an interest in reading the news. Munene sent the CD to the media house and was surprised when they called him back.

During what was his interview, Munene was asked to recite the curriculum vitae he had sent in, only that this time he would do so in Kiswahili. That was his ticket to his first job in the media industry. Radio was the social media of those times and he ran successful shows.

He was soon a very popular radio personality whose prowess in Kiswahili presentation was unmistakable. Nyaga spent some years in radio working under Nation Media Group before the restructuring of systems had him lose his job.

He then went to work from home, doing consultancy business and running other affairs. Citizen TV called him for a session during the News airing at 7 pm titled, ‘Nipe Nikupe’ / ‘Nipe Nikupe na Munene Nyaga’. In the bit of the show, a viewer calls on air and engages with him in a quick-fire competition. The competition is on saying as many Kiswahili words as one possibly can alternating with Munene.

Munene is married with a six-year-old daughter. Together with his family, he lives in an 8-bedroom mansion off Mombasa Road in Sabaki Estate. His mansion caught the attention of many Kenyans with its impressive characteristics such as three garages, spacious backyard, and a personalized design finish.