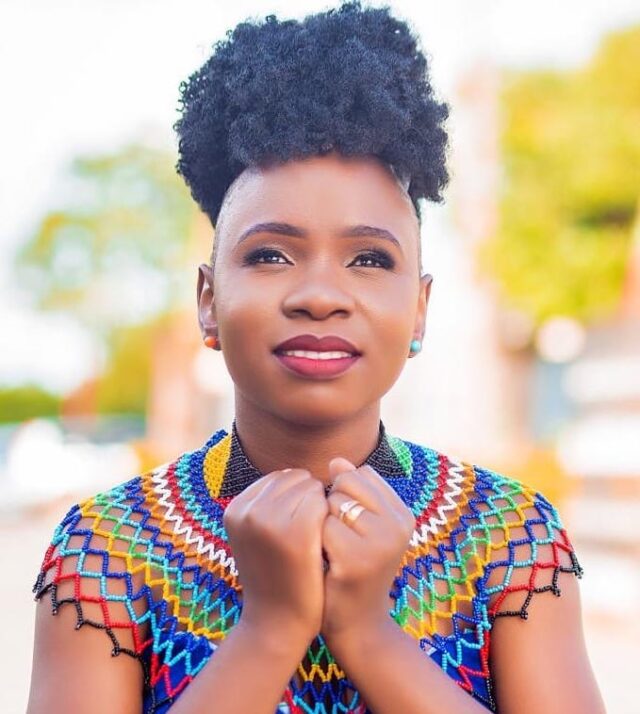 Evelyn Wanjiru Agundabweni is a gospel artist who is known for her gospel songs including ‘Tulia’ that are found to be very encouraging to Christian listeners. Her journey to her current levels of success and achievement have been a result of many steps and a series of events and happenings. In this article we look at the biography of Evelyn Wanjiru Agundabweni and answer some questions that may be of interest to you.

Mrs. Agundabweni was born on 06/05/1989 in Nairobi to her parents Muhonja Helen and Kinywa Crispin. Information on her siblings has not been made available yet to the public.

Evelyn’s educational background traces back to her days in primary school at the Saint Mary’s Girls Primary School. From here she went to secondary school at Langalanga Secondary School.

She afterwards joined Tears Group which is a Nakuru based music group and this is where her musical career took off. Evelyne grew up singing and knew that this was her talent.

She began producing music and over the years has grown to become one of the best-known worshippers in Christian circles. She performs at churches, congregations and several events. Some of her top songs include, ‘Mungu Mkuu’, ‘Nikufahamu’, ‘Celebrate’ and ‘Tulia.’

Apart from sharing the Gospel via music, Evelyn Wanjiru uses her art to raise awareness for various issues affecting the society such as environmental conservation. She also addresses societal matters in her music such as hope to the the disheartened, making peace and encouraging her listeners to remain faithful despite the tough situations life often throws their way.

Her efforts have earned her several nominations, awards and opportunities to share stages with top global gospel artists like Mary Mary and Sinach who has sang hits like, ‘Miracle Worker’ and ‘Chosen Generation’ which are known and loved by many globally.

The gospel songbird is married to Agundabweni Akweyu whom she met in a church meeting where he was playing piano. The musical duo began a friendship that over the years grew into a romantic relationship.

Later on, in their life, they together created their own label named Bwenieve. This became her husband’s full-time work being able to produce music for a big number of artists such as Kambua Muziki. The label also produces all of Evelyn’s music projects.

Over time the couple has been faced by pressures on siring children having been married for almost 10 years. They maintain that they are waiting on God’s right time and will remain faithful as they continue trying to have one.

Evelyn Wanjiru Net worth and Assets