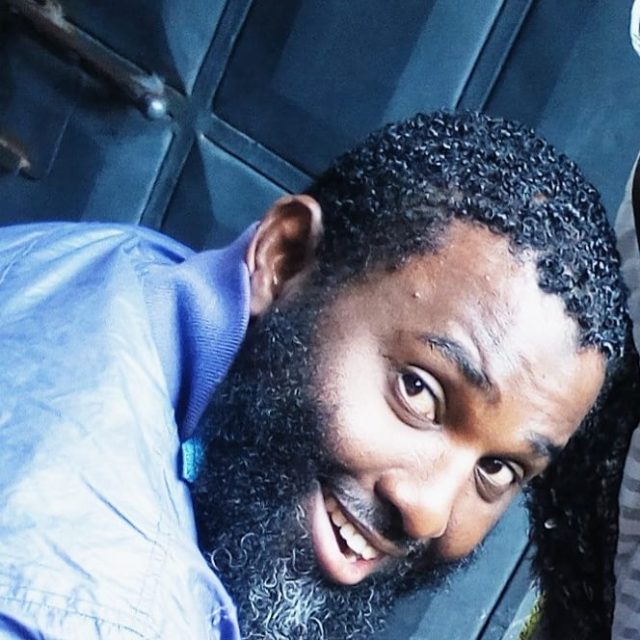 Father Ezekiel (born Musa Ore Mohammed), is a professional Kenyan actor of Somali decent. The staunch Muslim Kenyan actor has been featured in a number of shows such as Submergence (2017), My Sister my live 2 (2018) and Maria (2019).

Despite being a Muslim, Musa played the role of Father Ezekiel, a Christian priest in the show Maria. He owned the role so perfectly that he would let you buy the idea of him being a Christian in real life. That shows how talented and skilled he is at acting.

Details about her age, birthday and place of birth are yet to be put out to the public. He is of the Kenyan Somali decent.

He is married to his beautiful wife. Together, they are blessed with three children; two beautiful daughters and one handsome son.

Jamal Mohammed, also known as Malo, is his younger brother. Jamal is a professional Kenyan footballer who professionally plays football for Alnasr in Oman.

Details about his education background are yet to be put out to the public.

Despite being a staunch Muslim, in the show Maria, Musa Mohammed plays the role of Father Ezekiel, a Christian priest. Together with Mother Teresia, the two are supportive members of the slum community, always going round praying for them, helping them and offering guidance and counseling.

You would be wrong to think that Musa’s acting career debuted in Maria. As a matter of fact, he has been able to appear in a number of huge shows. Some of the other shows that he has been in include Submergence (2017) and My sister my love (2018).

What most people don’t know is that Musa is into politics. In 2017, he vied for the MCA seat in Nairobi’s California estate under the KANU ticket. However, he lost the seat. Despite losing the seat, his love for politics is yet to die.

It goes with no doubt that Musa Mohammed is a staunch Muslim. I know that he acts as a priest in Maria but in reality, he claims the Islam religion.

Musa Mohammed is fluent in 4 different languages. These are Somali, English, Kiswahili and Arabic.

When he is not working, Musa loves to train as a boxer. He also loves chewing khat (miraa).

The actor is married to his beautiful wife. Together, they are blessed with three beautiful children. That means that Musa is a father of three children.

He is a hardworking man, both on set and in real life. Being a professional actor has earned him a good amount of income. His current net worth is yet to be put out to the public.