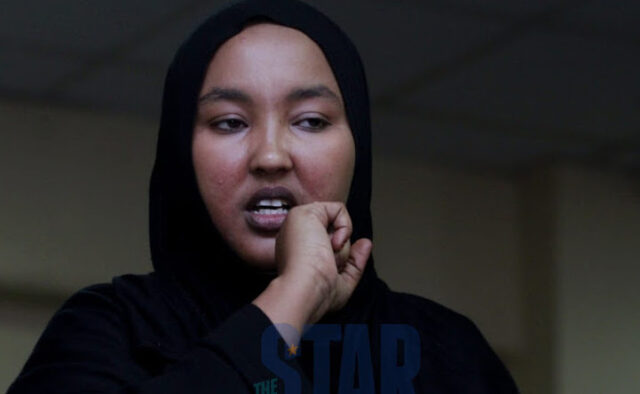 The politician from Wajir, Member of Wajir National Assembly is the subject of this article. Fatuma Gedi who has had her fair share of drama is one of the pioneer ladies in politics in the Northern part of Kenya. We look at her biography below answering some questions the citizens might have about her.

Fatuma was born and raised in Wajir County. She was born in 1988 and spends most of her life there. Information concerning her siblings and parents are not yet available to the public.

Fatuma is an educated law maker who began her schooling at Wajir Primary School. She then proceeded to North Eastern Girls High School for her secondary school level of education. After high school she took up a Diploma in Public Relations and subsequently a Higher Diploma in the same course studying in the Regional Institute of Business Management.

Her personal life has been kept extremely private and not much is known about her family. She has however been ridden with dramatic incidents while serving in office. She said that a raunchy video of her was posted without her consent showing her in bad light among her fellow members of parliament and the citizens of Kenya. She had complaints against four Members of Parliament – Aden Kenyan, Ngirici Wangui, Mohammed Abdihakim and Rehema Jaldesa. This incident grew to gain the attention of the Directorate of Criminal Investigation (DCI)

Fatuma Gedi Net worth and Assets

Fatuma makes her earnings from her role as a public servant. Not much is known concerning her other business ventures if any or investments. The assets she holds are also unknown to the public and is yet to be established.