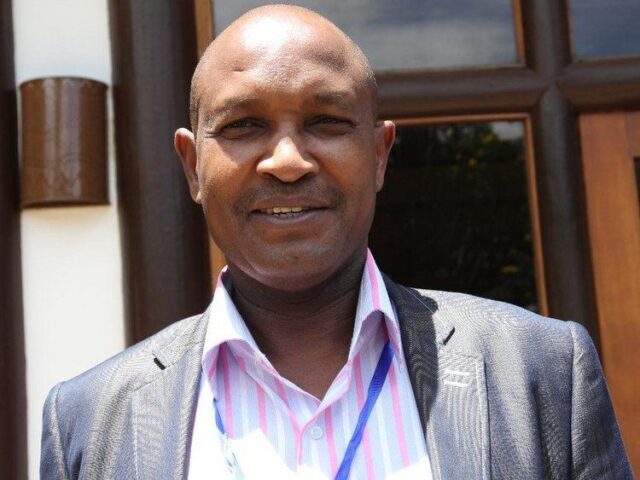 Gideon Mwiti, a former Member of Parliament representing the people of Imenti Central constituency died on Saturday 25th July 2021 at a hospital in Nairobi. The former legislator had been in active politics for one tenure before switching paths to focus on the corporates sector. This article looks into his biography highlighting his age and place of birth, career journey, personal life, and cause of death.

He was born in 1960 on 6th December to his parents who named him Gideon Mwiti Irea. Gideon was born and brought up in Meru County.

He started off his education at Ruiga Primary after which he joined Meru High School. The late legislator was an alumnus of Daystar University where he pursued a program in Community Development. Additionally, he graduated from the Institute of Commercial Management (ICM-UK) after pursuing a Public Relations program.

Before politics, Gideon Mwiti was a practicing teacher. He also headed several firms and companies during his lifetime such as Choices International, Kenya Akiba Microfinance Company, and Golden Credit Limited.

Mwiti’s career as a politician took root in the 2013 general elections when he vied for a seat in parliament to represent Imenti Central. After a successful campaign in his home county, Gideon emerged victorious taking the seat with an Alliance Party of Kenya ticket. He served in the parliament for one tenure after which he decided to go into the corporate world.

The late Hon. Mwiti had faced several court cases regarding his businesses and rape allegations. He had been charged alongside other directors for allegedly running a pyramid scheme and illegal banking activities without proper licensing. This venture, Profession and Business Community Sacco (Pabco) had allegedly taken up millions of investor money and then gone without a trace after closing shop.

Moreover, Gideon Mwiti had been accused of intimidating, assaulting, and raping a lady journalist in his office located in Westlands, Nairobi in 2015. The lady was said to have been forced to take a HIV test and later on raped. The late legislator denied the charges and was then released on a Ksh 100,000 bail. Findings from laboratory tests however revealed that there was no evidence of sexual contact between him and the journalist.

Mwiti passed on on 25th July at a Nairobi hospital following Diabetes complications. He is survived by his family, including a son named Mutethia Irea.