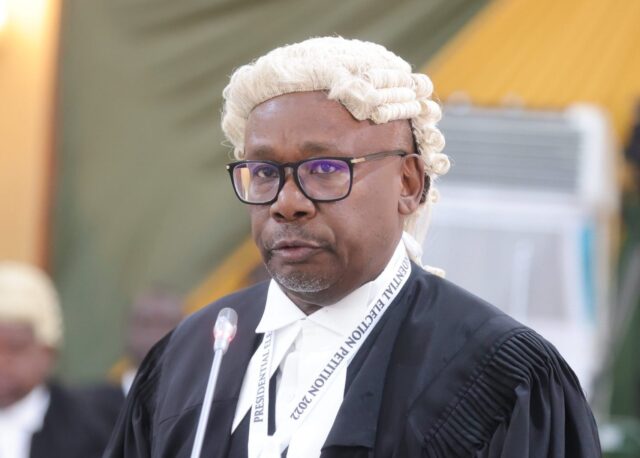 Githu Muigai is a Kenyan lawyer and former attorney general of the republic of Kenya until February 13, 2018, when he resigned. Muigai is among the lawyers representing IEBC at the Supreme court over the August 2022 presidential election results.

Githu Muigai was born on January 31st, 1960 in Ndumberi village, Kiambu county. Further details on his early life have not been disclosed.

In 1980, Prof. Githu Muigai joined Nairobi University to pursue a bachelor’s Degree in law. After his graduation in 1984, he joined the Kenya School of Law for his Diploma in Legal Practice.

Between 1985 to 1986, the lawyer attended Columbia University law school in New York for a master’s degree in International Law. In November 2002, Githu Muigai was awarded his doctorate degree in law.

Before becoming the attorney general, prof. Githu Muigai served in the defunct constitution of Kenya Review Commission and at the United Nations. He was an associate professor of public law at the University of Nairobi.

He also served as a judge in the African court of justice since 2008. He assumed office as the attorney general of Kenya on August 27, 2011, after he was appointed by former president Mwai Kibaki.

Prof. Githu Muigai is a managing partner in Mohammed Muigai Advocates, where he specializes in commercial litigation and administrative law. In 2013, Muigai was allowed by the Supreme court to be Amicus curiae in the Supreme court of Kenya.

After the presidential election petition for the August 2022 general election was filed in court, Muigai was announced to be among the IEBC lawyers. On Thursday, September 1st 2022, Muigai told the Supreme court that Wafula Chebukati is a hero who will one day be celebrated.

According to Muigai, Chebukati conducted elections according to the law. He went ahead and added that the only problem with Kenya’s electoral process is those who fail to accept the results of the election.

Prof. Githu Muigai is married to Justice Margaret Waringa Muigai, a High court judge, appointed by Justice Willy Mutunga in 2014. The couple has three children together.

There are no details on Prof. Githu Muigai’s net worth. He earns most of his wealth through his law career.