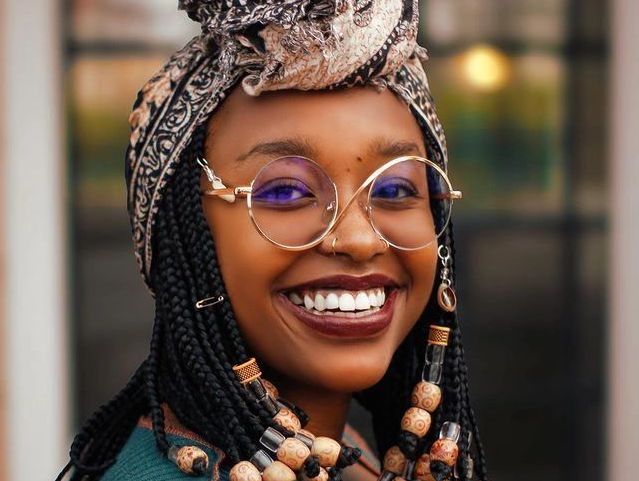 GK Nyambura is a famous Kenyan YouTuber and Social media influencer. She is a funny, sarcastic, and enthusiastic lady who has been making videos ever since COVID-19 struck. Her entertaining videos have since been trending all over the country.

22-year-old Gladys Kabura Nyambura is from Nyeri County in Central Kenya. Nyambura studied in Alliance High school for her secondary school education. She is currently studying at a university in Nairobi. However, further details on GK Nyambura’s life have not been disclosed.

The YouTuber started her channel during the pandemic and has been trending in the country from to time. Her audience seems to love her as she mentioned in an earlier interview that she has never received a bad comment on her channel.

In a recent video that circulated on the internet, GK Nyambura is seen screaming at 4 am in the morning at her ex-boyfriend’s place.  Only Omoke is a famous videographer who has worked with the likes of Lil Maina in shooting ‘Kishash’.

The influencer, who is currently single has had relationship drama with Omoke since after breaking up with him due to cheating allegations. Omoke posted a video on his social media saying that GK Nyambura and her friends came to his place at 4 am asking to reconcile, and broke his flower vases after being denied entry.

However, Nyambura later took to her social media that what Omoke had shared was not the case as they had only gone for her clothes. Nyambura shared screenshots of their conversation to back her up. Also, she said that her screaming was because his watchman wouldn’t let them leave and Omoke was not letting her get her clothes.

While we do not know her exact net worth, Nyambura earns most of her money from her social media accounts.