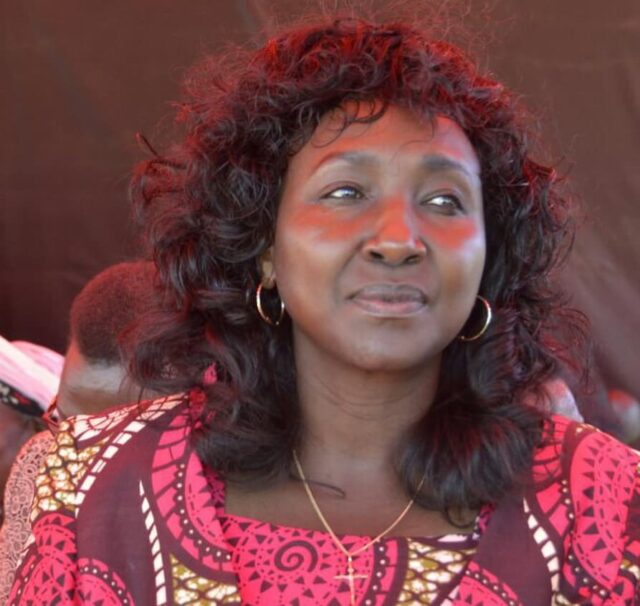 Gladys Shollei is a bold and hardworking legislator whose works have been useful in her fields of service. Despite controversial events surrounding her work, she is one of Kenya’s leading women in political leadership positions. This article looks into her biography giving a clear picture of her background, career journey, personal life experiences and details on her current engagements.

Gladys Boss hails from Eldoret in Uasin Gishu County where she later grew to serve in electoral positions. She was born in 1974 on 27th of May. She spent most of her formative life stages in Uasin Gishu, covering her first educational levels there. Details regarding her siblings and parents remain scanty though she has mentioned in interviews that her parents were critical in teaching her the values of hard work and a keen appreciation for the land on which they grew their food.

Gladys Shollei is a well-educated individual with qualifications from leading institutions of learning. She attended Hill School in Eldoret and received her high school education from Loreto Matunda and the national school, Moi Girls High School. She them went to pursue her Law degree in the University of Nairobi and a subsequent Law diploma from the Kenya School of Law. Not calling it quits at that point, she enrolled for an executive MBA program at the Jomo Kenyatta University of Agriculture and Technology.

Her career kicked off at the University of Nairobi where she lectured for a few years. She then went into Legislative work in the country and has over the years worked in several areas. Madam Boss Shollei has served as the Chief Executive Officer of the National Council of Law Reporting where she left an indelible mark during her tenure.

She established a digitized system that would harbour all Kenyan laws and bank past judgments since 1963 to date. This would make work easier for legal practitioners in their reference searches and also improve the public’s knowledge of all their rights from a single portal.

Moreover, Shollei served in public service as the vice chief electoral officer at the Interim Independent Electoral Commission ensuring that successful elections were carried out in Kenya. Before her dismissal based on corruption and abuse of office allegations, Shollei had worked as the Chief registrar of the Judiciary.

She challenged the allegations and subsequent dismissal in court and in 2017 was finally able to be cleared of the charges. The legal practitioner is also keen on sports and has in the past been African team coach at the Jessup International Moot Camp which runs a competitive football league for law students.

Her political carrier kicked off in 2017 when she was elected as Uasin Gishu’s women representative on a Jubilee party ticket, a position she holds to date. Her time in politics has been fruitful as she has proposed and sponsored bills that would support women in society and general upholding of human rights.

Gladys Boss was married to the former Chief Executive Officer of Standard Group Sam Kruschev Shollei before their divorce on grounds of infidelity. She is the mother of two children and is a farmer back in her rural home in Uasin Gishu.

Gladys Shollei’s net worth is yet to be established and information detailing her asset portfolio remains unavailable to the public.