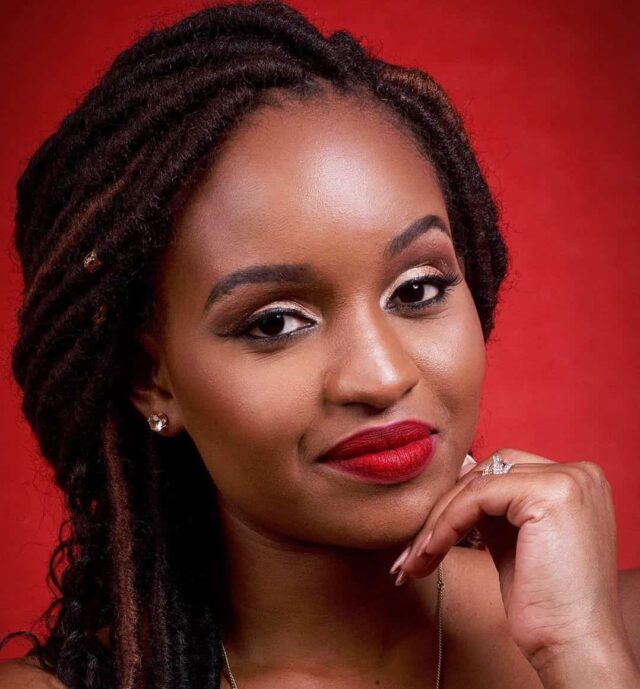 The television personality Grace Sowairina Msalame born in 1986 has grown to fame in the Kenyan population attributed to her physical beauty and appearances on local television shows. The expectant mother of twins in business, blogging and brand promotion has gained a particular reputation for being a sweetheart to the public. In this article we look into the life of Miss Grace Msalame and reveal a comprehensive recollection of her life to date.

Grace is 34 years old as pf the year 2020. She was born in 1986 in Kenya to parents of origin from the Coastal and Central parts of Kenya. Her father was late radio legend- Msalame Tony well known to a majority of the older Kenyan population. He passed away the same year Grace gave birth to the girls in the year 2010.

She attended St Christopher Hugh School followed by Daystar University to study Communication and Electronic Media. Her career began at this point in college in the media field.

Before college, at the age of 19 she was the host to the youth-popular show Str8 (Straight) Up between 2005 and 2007. Her skill grew at this stage gaining exposure of the field and the personalities in the industry. This was great identity capital that paid off in the years following.

Just a year into college, Grace was called up by the Standard Media Group to host an Art show. She later proceeded to KISS TV and to Bamba TV as a content manager. She also hosted a show as a radio presenter on Capital FM. Notably also, she went back to the Coast following her father’s death in 2010 to run his radio station for a while before the family later sold it.

Following the birth of her twins, Zawadi and Raha (ZaRa) she took a step back away from media world to mother the children and began blogging.

Grace Msalame is mother of twins, Zawadi and Raha whom she birthed from a previous relationship with Paul Ndichu who is an identical twin to former TV anchor Janet Mbugua’s husband Eddie Ndichu. The two were never married according to the host of Unscripted by Grace on NTV and she got her babies in her early 20s. The two parents parted ways on said irreparable grounds and co-parent their children in an amicable relationship.

As at now, Grace recently announced on her social media that she is six months pregnant receiving much praise from her following. Her former lover Paul Ndichu is as well on his own path having sired a baby with his now wife Evaline Momanyi.

Grace Msalame Net worth And Assets

As at the publication of this article, Miss Msalame’s net worth had not been determined yet.