Ahmednasir Abdullahi commonly known as Grand Mullah is one of Kenya’s wealthiest vocal lawyers. He is always quick to comment and air his opinions on matters justice and national issues. Apart from being a renowned lawyer, Ahmednasir is also a writer, a publisher, a columnist and a businessperson.

However, people always thought that the name was linked to his wealthy lifestyle since he is always arriving in flashy cars. Others even linked the name to him being a ‘Godfather’. Ahmednasir was quick to state that the name had nothing to do with his wealth.

Ahmednasir Abdullahi is a Kenyan renowned lawyer and columnist that was born in Mandera, Kenya. Grand Mullah is a very Staunch Muslim from the Kenyan Somali community. 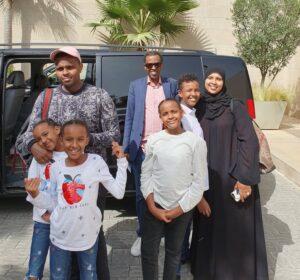 Ahmednasir is married to his beautiful wife and together they are blessed with four children, with a set of them, the last two, being twins. His eldest child is 22 years old. 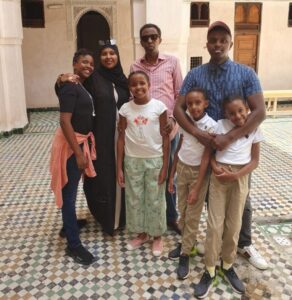 Ahmednasir has always been so passionate about making it in life. As a little boy in the small dusty town of Mandera, he spent much of his time selling in his dad’s shop that was situated at Mandera town. Slowly but surely, he found his way out of Mandera and into the big city of Nairobi to venture into media and law.

In 1993, Ahmednasir had ventured into the law firm business with just Kshs. 7,000. In 2017, Grand Mullah partnered informing First Community Bank. He has also consulted and appeared for the World Bank, UNHCR, various Corporations as well as the Government of Kenya on certain issues. This clearly shows that Ahmednasir is a Jack of All Trades.

He became a publisher of the Nairobi Law Monthly, which is a magazine that gives highly opinionated law and political voices a new place to sound off. It is barely six months later and the magazine currently has 4 issues out.

The magazine attracts so many readers who are interested in delving deeper into political issues and the current state of affairs. It also gets to showcase advertisements from the national government, something that keeps it growing by the day. Ahmednasir Abdullahi also works as a columnist on the Sunday Nation newspaper.

Ahmednasir Abdullahi is undeniably one of the most controversial lawyers that Kenya has ever had. He stands by his word and makes no apologies. According to him, people think that he is an arrogant and aggressive person who is always utterly objective. He, however says that, he is very open about what he says and does and has never wanted to be anyone but himself.

Ahmednasir has been hated by some people in power for being very vocal. He claims that money has never been and will never be his box to tick when it comes to inspiration behind his career. Ahmednasir likes cases where he gets to show the rich and powerful people involved that justice will triumph.

He has previously differed by Murkomen on political matters. ‘Murkomen is my friend. He is a baby. He is a good guy with great ideas. You know people thought that I fought Shollei as well but I never did. The system did,’ said Ahmednasir. He also had recent wounding comments to the Interior Cabinet Secretary, Joseph ole Lenku.

Ahmednasir is currently one of the richest lawyers in Kenya. He is always quick to state that the late Mutula Kilonzo taught him in the early 90s while in School of Law that the more you charge a client, the more they love you. Judging from how he flaunts his riches, you can tell that Grand Mullah lives by these words.

Ahmednasir Abdullahi co-owns the Ahmednasir, Abdikadir & Company Advocates, which represents clients in all facets of law. The company has strategic litigation, experienced attorneys, multidimensional complex challenges, experience, contact and influence, trial capacity and practical insight as well as skill set and breadth of experience. The company has tackled a number of big cases in the country.

If you claim that people can hardly dress well, then you are yet to meet Ahmednasir. He always makes sure that he shows up looking spick and span, almost always suited up in designer suits. His greatest extravagance is clothes, which are his suits, shirts, shoes and ties. When he travels around the world, his shops. He collects clothes as souvenirs, always reminding him of where he has been.

He clearly is into labels where most of his jeans and suits are by Brioni. According to Grand Mullah, clothes maketh a man, hence he treats people based on how they dress. For him though, he dresses for himself and he becomes more confident when he is well suited up.

The bromance between Ahmednasir Abdullahi and Donald Kipkorir became shaky once Donald accused Ahmednasir of betraying him by siding with Tom Ojienda. Donald went ahead and penned an open letter to Ahmednasir, stating his disbelief. He posted it on facebook, demanding for answers from his ‘friend’.

Ahmednasir is one controversial person who lives a very flashy lifestyle. Apart from the fleet of flashy cars he owns, he wears a watch that costs about Kshs. 1 million and writes with a Montblanc pen that is worth about Kshs.42,000. Grand Mullah’s current net worth is over Ksh 900 million.