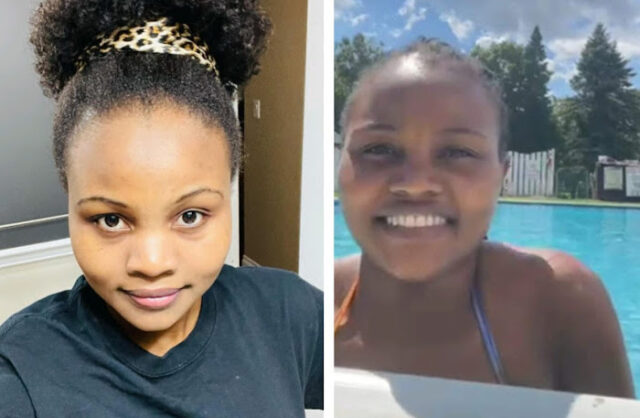 Hellen Wendy Nyabuto is a Canadian-based Kenyan nurse who died recording herself in a viral video on Facebook. The video has circulated among Kenyans who are now left in shock after the unexpected incident.

24-year-old Wendy is the daughter of John Nyabuto. She has five siblings and is a Kenyan citizen. There are no details disclosed on Hellen Wendy Nyabuto’s date and place of birth as well as primary and secondary school education. 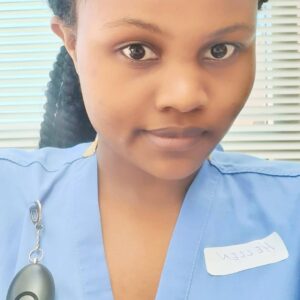 Hellen Wendy is a nurse by profession. She migrated to Canada in December 2019 after receiving a 10-year study visa.

Before the tragedy, Wendy was seen in a really good mood on Facebook live while interacting with her followers. She placed her phone on the side of the pool and would emerge her head in the water for some time before coming back up to read the comments.

She went on playing in the water for about ten minutes before getting into what appeared to be the deep end of the pool. A few moments later Wendy started gasping for air and she could be heard gurgling and kicking while screaming for help.

This went on for about a minute and a half and at exactly 11 minutes 54 seconds after she entered the water, Wendy made her last sound as the water went still and things went silent. The video then went on recording for three hours before an unidentified individual found her at the pool.

John Nyabuto, Wendy’s father in an earlier interview with the standard spoke about his daughter’s death. He shared that he learned about Wendy’s death on Thursday evening, August 18th. A friend texted him informing him that his daughter drowned in a swimming pool. 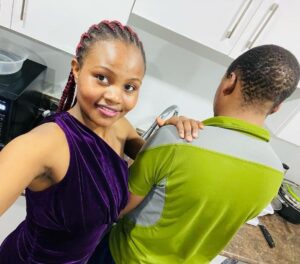 He urged Kenyans not to believe the false claims that his daughter knew of her death.

Wendy Hellen’s net worth is not known. However, her source of income was mainly her nursing career.