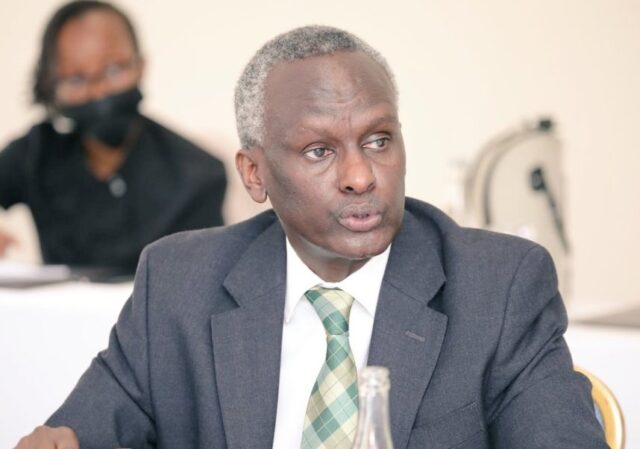 Hon. Justice Isaac Lenaola is a Kenyan lawyer and judge working at the Supreme Court of Kenya. He is among the panel set to hear the August 2022 election presidential petition filed by former prime minister Raila Odinga.

Isaac Lenaola was born in Samburu county on December 21st, 1967. He began his early education at St. Mary’s Nursery School in Maralal in 1973. He went to Maralal D.E.B. Primary school and Baragoi primary school where he sat for his final primary school examinations.

In 1981, Lenaola joined Alliance High School for his A-levels and O-levels studies. He graduated in 1986, topping the class with the best possible score in A-level education in Kenya. He went ahead and joined the University of Nairobi in 1987, later graduating in 1990 with a Bachelor of Laws.

He later joined the Kenya School of Law where he obtained the Advocates Training Programme. In 1991, Isaac Lenaola was admitted to the Kenya Bar.

After admission to the bar, Justice Lenaola practiced law in Nairobi specializing in Commercial Law and Land Law, and served as a commissioner both at the Peoples Commission of Kenya (PCK) and at the Constitution of Kenya Review Commission (CKRC).

He joined judicial service in 2003 and worked as a Resident judge in Embu, Meru, Machakos, and Kakamega high courts. He also worked as a Commissioner at the Judicial Service Commission (JSC), a member of the Board of the Judicial Training Institute (JTI), chairman of the Kenya Magistrates and Judges Association (KMJA), and Treasurer of the East African Magistrates and Judges Association (EAMJA).

From July 2011 to date, Justice Lenaola is the Deputy Principal judge of the East African Court of Justice. He was appointed as a Supreme court on October 28, 2016.

Justice Isaac Lenaola’s net worth is estimated to be between $1 million to $5 million. He earns most of his wealth through his law career.