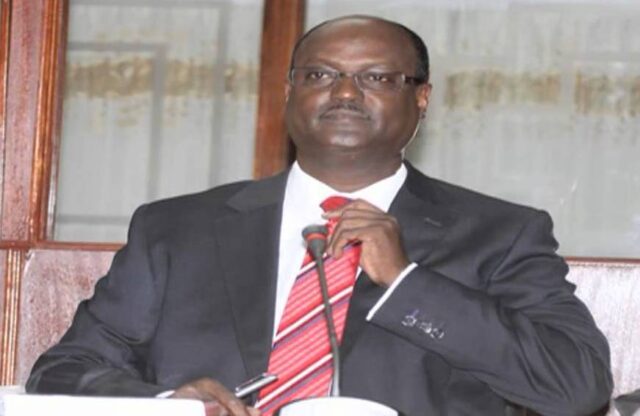 Justice Mohammed K. Ibrahim is a Kenyan lawyer and judge. He was appointed judge at the Supreme Court of Kenya on June 16th, 2011. He is among the judges set to hear the August 2022 election’s presidential results petition alongside other supreme court judges.

There are no details disclosed on Justice Mohammed Ibrahim’s early life. He is, however, from a family with Somali roots. His primary and secondary school education information is also not yet known by the public.

Justice Mohammed attended the University of Nairobi where he obtained his Bachelor of Laws degree. He was later admitted to the roll of advocates on January 11th,1983.

Before he was appointed to be a Supreme court judge in 2011, Justice Mohammed Ibrahim worked as a High court judge. He had been appointed as a High Court judge on May 22, 2003, and worked in Eldoret Nairobi, and Mombasa.

He also practiced law at Messrs Waruhiu &Muite Advocates where he was admitted as a partner in 1985. In 1994, he established Mohammed Ibrahim and Associates which in 1997, expanded to become Ibrahim and Isaack advocates.

Justice Mohammed Ibrahim also served as a council member of the Law Society of Kenya and a board member of a non-governmental organization, Legal Education and Aid Programme (LEAD). He was actively involved in civil rights advocacy at the advent of the pro-democracy movement in Kenya and was detained without trial in 1990.

Justice Mohammed Ibrahim has kept his family away from the media.

The judge’s net worth is not yet known. He earns most of his wealth through his law career which is quite a well-paying profession in Kenya.