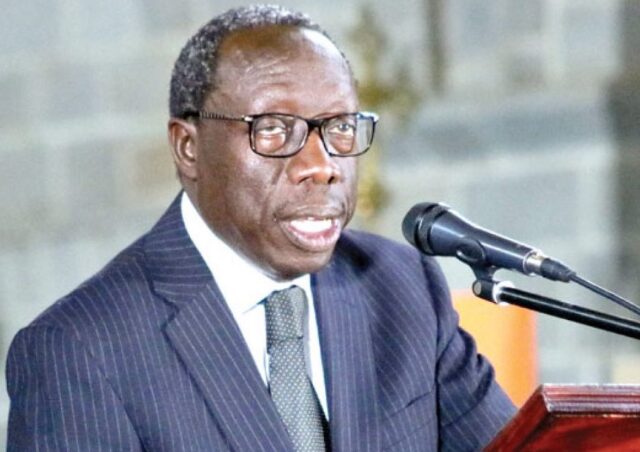 Justice William Ouko is a Kenyan lawyer and judge working at the Supreme Court of Kenya. He was appointed to be a Supreme Court judge on May 14, 2021, by the outgoing President Uhuru Kenyatta.

Justice Ouko is among the panel set to hear the presidential petition over the August 2022 election results at the Supreme Court of Kenya.

William Ouko was born on November 21, 1961. However, there are no further details on his early life, family, as well as primary and secondary education.

The lawyer holds a Master of Arts Degree in Criminology and Criminal Justice (MACJ) from Egerton University, a Bachelor of Laws degree from the University of Nairobi, and a Diploma in Legal Practice from the Kenya School of Law.

Justice William Ouko joined the Judicial service in 1987 as a District Magistrate. He later rose to become the Accounting Officer for the judiciary and in 2002 after he was appointed Registrar of the High Court in 2002.

In 2004, William Ouko was appointed to be a High Court judge and later in 2012, he was appointed as a court of Appeal judge. He is currently the Court of Appeal President. He was elected by his colleagues on 9th March 2014 to replace Hon. Justice Paul Kihara Kariuki whose term had come to an end.

There is no information disclosed on Justice William Ouko’s net worth. He earns most of his wealth through his law career.