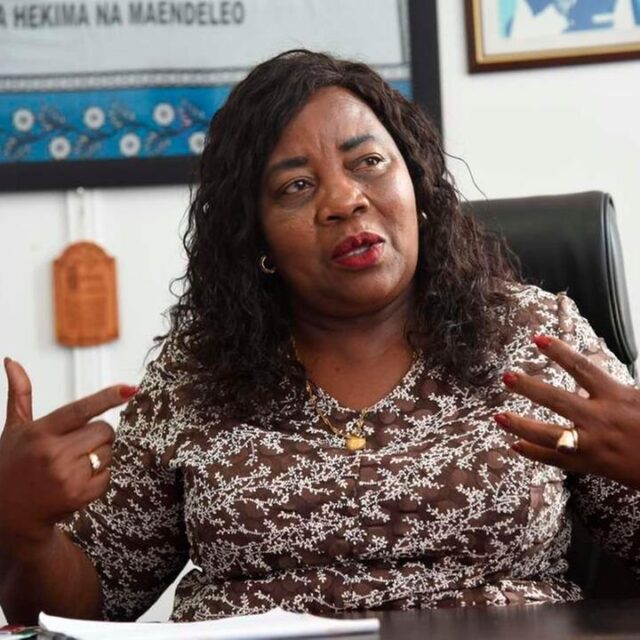 Mama Ida Odinga, former prime minister Raila Odinga’s wife, is a pillar of strength and the embodiment of resilience and long-suffering. She is a woman who has faced the toughest of conditions in her personal and professional life because of her husband’s political affiliations but stood firm and made it out strong. As her husband seeks to clinch the presidency in next year’s general elections, eyes are turning to see who might be Kenya’s next first lady. This article reveals more about Mama Ida.

She was born on 24th August 1950 to a large family of six children and named Ida Anyango Oyoo. Both her parents were medics with Ida’s father working as a renowned doctor in Kisii and her mother a nurse. She, unfortunately, lost her father when she was seven years old, casting the family into hardship. Her mother would now be the family’s sole breadwinner and despite the weight on her shoulders, she managed to raise successful children who would not miss out on what they needed to live and achieve their goals.

She attended Ogande Girls High School, an institution she has continued to pledge her allegiance to, giving back in mentorship and setting up infrastructural developments. After completion, she joined the University of Nairobi pursuing a Bachelor of Education Arts undergraduate degree.

She kicked off her career as a teacher at the Kenya High School, commonly referred to as ‘Boma’ where she would spend over twenty years bringing up ladies that would become highly successful individuals in society. A notable one is Governor Joyce Laboso. Her time at the Kenya High School came to an end after the KANU government instigated her expulsion on grounds of her husband’s political stand against the unilateral government system.

In 1991, Mama Ida established the League of Kenyan Women Voters with an aim of creating and availing opportunities for women in the political arena to succeed and thrive. Her push for women leaders has been evident in later years when she supported the Bill 2018 that would increase women’s representation in parliament. Despite her efforts and the support of other leaders including President Uhuru Kenyatta, the bill did not pass in parliament.

On the other hand, Ida Odinga is also an entrepreneur who became Managing Director (MD) of a liquefied gas manufacturing company named East African Spectre. Trailblazing in this line, she was the first woman to sit in that capacity in the company.

Mama Ida married Hon. Raila Odinga on 1st September 1973 after the two met a while prior at the University of Nairobi. When Ida was a student, Raila worked in the Department of Engineering. She did not know; nor did she anticipate that she would be married to a politician. Fate chuckled at that! Adapting to the accompanying weight of being a politician’s wife, she had this to say: “It’s good to be a wife, but it’s good to be an educated wife. Being a wife, it’s just not a position of subordination – it’s a position of strength.”

The couple would be blessed with four children the late Fidel Odinga, Raila Oding’a Junior, Winnie Odinga, and Rosemary Odinga. Raising the children had its fair share of challenges as her spouse was consistently away from home seeking multiparty democracy in Kenya; a factor that had her raise their children alone when he was detained in 1982. Their son Raila Odinga Junior revealed in an interview that he only first saw his father for the first time when he was 10 years old.

Listed in 2010 by The Standard as among the topmost powerful women in Kenya, Mama Ida has had incredible contributions in the country. Some of these include breast cancer campaigns, fistula awareness campaigns, and chigoe flea eradication campaigns. Back in her high school, Mama Ida Odinga raised Ksh176.9 million to erect a school library that would sit 500 students along with mentorship drives.

Her contributions in education, peace, boy and girl child empowerment, and women’s needs won her an award in 2021 by Hekima Kaka Society.

Ida Odinga Net Worth and Property