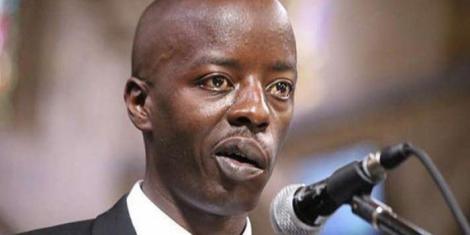 Raila Odinga Junior is 2022 presidential aspirant Raila Odinga’s third-born child. Bearing the name of a giant definitely casts substantial weight upon his shoulders, a factor that he has admitted to in past interviews. The expectations and standards expected of him have been more than the average Kenyan’s though he says he embraces it as it propels him to achieve more. This article looks into his biography exploring his background, education, career, and personal life details.

He was born in 1979 after his elder siblings, the late Fidel Odinga and Rosemary Odinga born two years before him. He has one younger sister Winnie Odinga born in 1990. His father is Kenya’s former prime minister Raila Odinga and his mother is Ida Odinga. In a past interview, Raila Odinga Junior revealed that it was only until he was ten years old that he first physically saw his father. This is because he was always in the heat of politics fighting for multipartism in a country that was under one-party rule with the late President Moi at the helm of power.

He is a graduate of the University of Wales from where he obtained a Bachelor of Arts Honors in Accounting and Finance in 2002. After his undergraduate studies, he joined the University of Leeds for his Master’s degree in Finance graduating in 2004.

His first job was as an accountant, a role that he reveals would earn him $100 in monthly salary.

Beyond his Financial expertise, Raila Odinga Junior is an entrepreneur who runs a successful media company in Nairobi called Creative Hub. Beyond being the company’s executive producer, he brings in his academic training and financial experience as the Chief Financial Officer.

Junior’s work experience of over fifteen years in business development and enterprise has seen him work with companies such as National Bank, Airtel, Nescafe, Omo, Ketepa, I&M, and Maisha Water among others.

He is married to Yvonne Wambui with whom they have been blessed with two children.

In 1985, he was found with a noncancerous tumor at the back of his brain that would affect his nervous system. In other news, he has in the past been involved in the marijuana legalization debate proposing that he would be for it given that it is used for medicinal purposes such as alleviating pain for cancer patients.

His business and investments have made him a millionaire. He says that he does not rely on his father’s fortune.