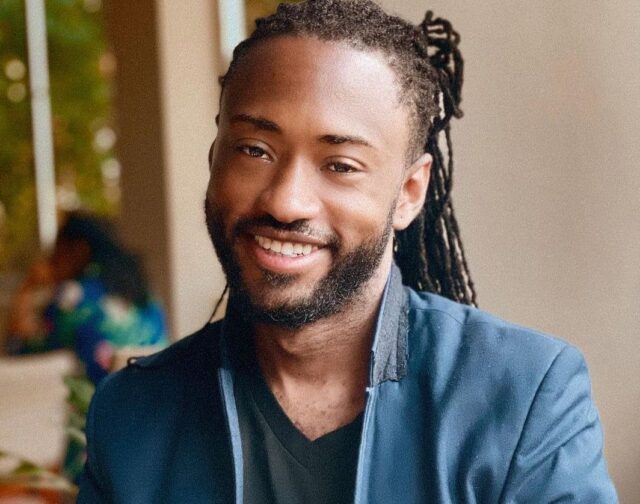 J Blessing is a 33-year-old Kenyan cinematographer and producer. His famous work includes producing songs such as ‘Napokea Kwako’ by Janet and Christina Shusho and ‘Holiday’ by Jimmy Gait. He also directs the show ‘Churchill show’ which airs on NTV every weekend.

Jibril Blessing (J Blessing) was born on April 15th, 1988. He grew up in the slums, where he learned how to dance. There is not much about his early education. However, for his high education, he studied at the Los Angeles Film School in California.

The producer worked as a freelance video director and producer before he founded Link Video Global, a production company based in Nairobi. He is also the owner of Digitone Agency and CEO of Keep Pace Africa which he co-founded.

J Blessing is the producer behind the ‘Churchill Show’. He has also helped celebrities such as Willy Paul and music video producer Young Wallace start their careers.

Due to his work, he has won many awards including ‘Best Video Director’ at the Groove awards and Mwafaka awards in 2011. He also won the same award in 2013 and 2014 at the Mwafaka awards.

In 2014, J Blessing was nominated for the ‘Best Video Director’ at Uganda’s VIGA Awards. In addition, he won the award for ‘Video Director of the year’ at the Mwafaka Awards.

Jibril Blessing is currently single but is rumored to have kids with Avril and singer Laika.

33-year-old’sld’s net worth is estimated to be between $1 million- $5 million. He earns most of his money through movie and music production. He also earns money through social media marketing due to his influential capabilities.