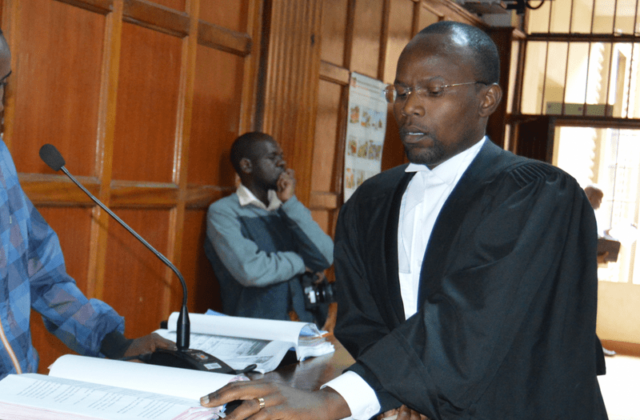 Jackson Awele is a Kenyan lawyer and active board member at Public Procurement Administrative Review. He is among the lawyers set to defend AZIMIO’s petition to nullify the August 2022 presidential election results at the Supreme Court of Kenya

There are no details on Jackson Awele’s birthday, early life, and education.

Awele holds a bachelor of laws degree (LL.B) from Moi University, a diploma from the Kenya School of Law, a Master of Business Administration (M.B.A), Finance from the University of Nairobi, and advanced certifications for Intellectual property law from WIPO Academy.

Jackson Awele was admitted in 2010. He is a high court advocate boasting of over nine years of experience in dispute resolution practice. He served as an associate at Kaplan & Stratton for two years and seven months.

For four years and six months, Jackson Awele worked as a senior associate at Oraro & Company advocates. He is a board member at LSK savings & Credit Cooperative Society since November 2015.

On 22nd August, the Azimio party arrived at the Supreme court with loads of evidence to file their petition. The flagbearer who is former prime minister Raila Odinga appointed the legal team set to represent Azimio in court.

Jackson Awele is among the lawyers selected by the former prime minister to represent the party at the Supreme Court of Kenya.

There are no details on Jackson Awele’s net worth. However, he is a pretty successful man who earns most of his wealth through his law career.