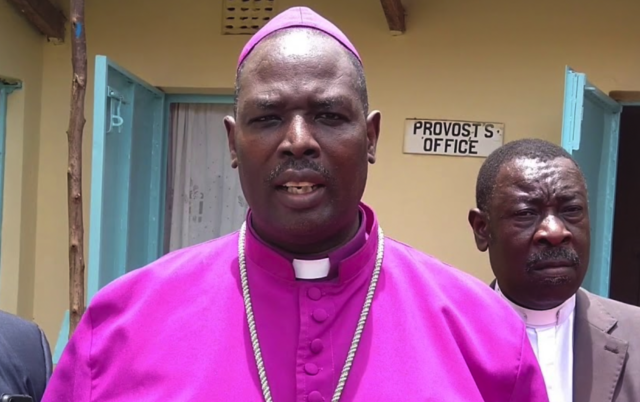 From 1989 to 1991, Sapit studied for a Diploma in Theology at Berea Theological College in Nakuru. He later joined St. Paul’s University, Limuru in 1994, where he studied for a Degree in Divinity up to his completion in 1997 before joining Daystar University for a certificate in Research/ Consultancy.

Between 2002 and 2003, Ole Sapit went to the University of Reading in England where he obtained an M.A in Social Development and Sustainable Livelihoods. He was awarded an honorary doctorate in professional studies for lifelong learning by the Global University in California.

He then served as a vicar at Belgut Parish in the Diocese of Nakuru between 1992 and 1994. From 1997 to 2002, Ole Sapit was vicar and project manager at Transmara Rural Development Programme in Kilgoris Parish.

Ole Sapit was also Diocesan Mission and Development Coordinator at Nakuru Diocese between 2003 and 2004. From 2005 to 2007, he was a suffragan Bishop at the Diocese of Kericho. In May 2016, he was elected as the sixth archbishop and primate of the Anglican Church of Kenya and was installed at All Saints Cathedral in Nairobi on July 3rd, 2016.

Ole Sapit’s estimated net worth is not yet known. He earns most of his wealth through his Anglican Bishop occupation. He is among the most successful Anglican bishops.