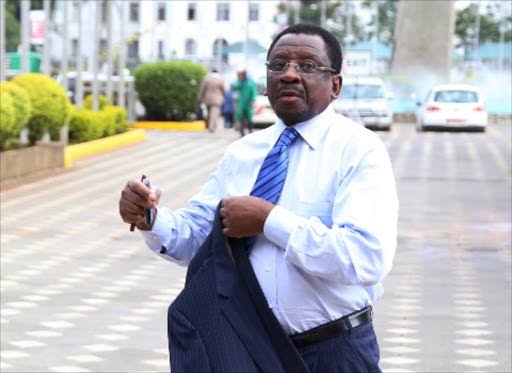 The senior counsel was born in 1951 and named James Aggrey Bob Orengo. His place of birth is Kasipul Kabondo in Homabay county. Orengo’s parents are Apolo Stefano Olunga who was a senior police chief and Josfina Atieno Olunga Orengo.

For his primary school education, Orengo attended Ambira Primary School before joining Alliance High School. He joined and  graduated from the University of Nairobi where he pursued a Law degree and then went to the Kenya School of Law for his statutory post-graduate studies.

As a jack of many trades, Orengo is a politician, lawyer, and activist. Politically, he is a member of the Orange Democratic Movement party and holds the seat of Siaya County’s senator.

Together with six other MPs, Orengo was part of the Seven Bearded Sisters. He was part of the Forum for the Restoration of Democracy (FORD), which challenged KANU which was the then leading party in 1992.

In 2002, Orengo vied for presidency but ended up losing. In 2005, he joined the Orange Democratic Movement Party and vied for the Ugenya MP seat in 2007 and won. In 2008, he was appointed as a Minister of lands and served up to 2013. He was then elected as the senator of Siaya county in 2013.

Additionally, he has served as the Minister of Lands for five years between 2008 and 2013 before taking up his senatorial seat.

His legal career has also been a successful one getting up the ranks to senior counsel during Mwai Kibaki’s presidential tenure.

Apart from being a celebrated human rights activist and accomplished lawyer, he is a family man. He is married to Mrs. Rhodah Orengo with whom he is blessed with six children. The couple’s children are Bob, Michael, Zeni, Steven, Josephine, and Lynette Orengo.

Orengo recently gave a thumbs up to boy group, Mbogi Genje, for their artistic work in the song Warena. He celebrated the group and acknowledged it as among the great things the Kenyan youth are doing. This contributed to the song trending at number one on YouTube.

James Orengo’s net worth is not yet known. He is however among the wealthiest lawyers in the country, with years of experience in the legal field.