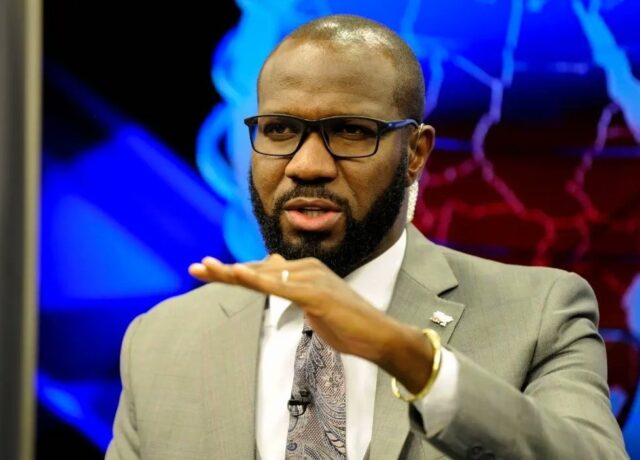 James Smart is a Kenyan journalist, news anchor, and media personality who is currently working for the National Television Networks. He has worked for other media companies like Capital FM Kenya, KTN, and NTV, where he pioneered and hosted the popular show, ‘The Trend’.

James Obuya Smart was born on June 6th, 1984 in Kenya. His exact birthplace is, however, not known by the public. He grew up in the Korogocho slums where he attended his primary school education in an unknown school.

He later went to St. Paul’s Lugari High School and completed his secondary school education before joining a Kenyan media college. He later proceeded to Cardiff University where he obtained a Masters Degree in International Journalism.

The news anchor initially worked at Capital FM Kenya as a sports journalist before moving to television. His first television job was as a news anchor at NTV Kenya. He worked on the popular NTV show, ‘The Trend’ which was later taken over by Larry Madowo after his departure from NTV.

Recently, James has worked together with the BBC to create its “Focus on Africa” broadcast, which is a TV program that focuses on stories from across the African continent.  He is now a host at KTN, working alongside Dennis Onsarigo on the ‘News Sources’ show.

On an interview with one of the renown media houses, James narrated about one of the most embarrassing moment of his career as a journalist.

“I was working for NTV at the time and Smirti was my co-host and I had this bout of hiccups. I had done everything from drink water, holding my breath and all that to make them stop. I was meant to be anchoring that night and there was worry that I might not execute the task, but I assured my directors that I was fine. Just when I was about to introduce the news, the hiccups came back. Smriti could not keep it together, she was in stitches. We had to hold off the bulletin for a few minutes.” He said.

James Smart has a significant following on his social media platforms, with over 440,000 followers on his Twitter account, where he mostly shares his thoughts on different topics.

James is a family man who is married to Remy Majala, and together, they have a son by the name Riley Kwamusonzi.

James Smart’s net worth is approximately Ksh 100 million, and he earns most of his wealth through his journalism career. He is among the most famous and richest journalists in the country.