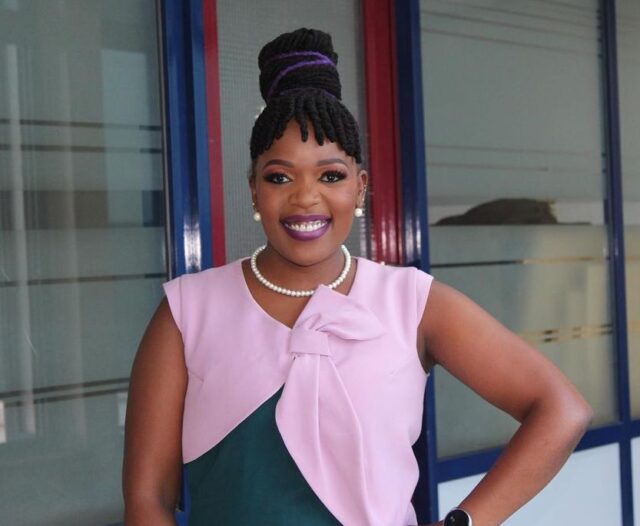 Zubeidah Koome whose full name is Zubeidah Kananu Koome is currently working with KTN Kenya as a News Anchor.

Zubeidah Koome was born and raised in Meru County. She first traveled to Nairobi in 2002 where she was picked up by a friend.

“Before leaving Meru, I was scared by stories I had heard about crime, rape and all things peer pressure. I was terrified of this town! ‘she once opened up.

She was later admitted to African Nazarene University for her tertiary education.

Zubeidah Koome in her primary school days always dreamed of being a top journalist and this motivated her to venture in the career. She chaired a number of journalism clubs both in primary and secondary school.

She joined Standard Group in 2007 where she steadily rised from an intern to a confirmed reporter in 2009.

Zubeidah became a political editor for KTN LEO in 2012 following her outstanding work.

She was married to Kevin Koome in 2009 and the couple is blessed with two children.

The news personality revealed that her friends once made her consume alcohol for the first time in her life.

She says her Nairobi girlfriends took her to a club in Nairobi.

“I had never been to a club all my life though I was a good dancer. My Nairobi girlfriends finally convinced me to go out, ‘she said.

Zubeidah Koome has been rumoured to be having a secret affair with South Sudan President Salva Kiir following a comprising leaked photo.

Media tend to be among the well-paying careers currently. Though Koome’s net worth is not known, she is reportedly among the top paid media personalities in the country.