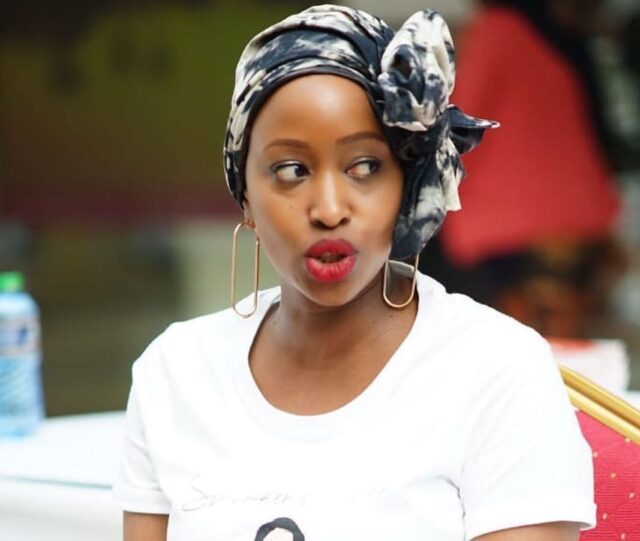 Janet Mbugua is a former news anchor and a name known to as many people in the country as about 90% of the population. She is a passionate individual in matters concerning womanhood, equality and empowering of the girl child in whichever means possible. This she has embodied in setting a good example to be emulated and in setting up a platform to do just that.

The stunning mother of two sons is the subject of this article as we look into her biography and see the steps that she took to be able to reach the heights that she has attained so far.

Janet Mbugua was born in Kenya’s Mombasa coastal County on the 10th of January, 1984. She has a brother named Timothy Mbugua who’s a twin to Miss Mbugua.

Education does open the doors to several opportunities and Miss Mbugua has taken her time to spend on her mind development and gone to higher levels of education. She attended Brookhouse High School before proceeding to USIU.

Afterwards, she moved to Malaysia in pursuing a degree in Mass Communication.

Not ending the journey there, she enrolled for her MBA (Masters in Business Management) at the Swiss Management Academy in Nairobi, Kenya.

Janet Mbugua kicked off her career journey in 2004 as a teenager, aged nineteen, at a role on Capital FM. This opened up further opportunities coupled together with her academic qualifications.

She later went into television and spent a long time as one of the leading presenters at Royal Media Services’ Citizen TV.

She is also an author having penned down a book titled ‘My First Time’ in 2019 which addresses women’s encounters with their menstrual periods. She is passionate about the cause on menstrual equity and the empowering of the girl child.

She is founder of the Inua Dada Foundation whose campaign got support from the First Lady, Margaret Kenyatta. The noble cause is devoted to improving the lives of girls across the country in providing educational opportunities and support in various challenges.

Janet Mbugua is a mother of two boys, first born being Ethan Huru Ndichu whom she had with her ex-husband Edward Ndichu.

She is a secure woman who does not let negative criticisms bring her down and handles all her matters very well. This was demonstrated after her wedding ceremony where people criticized her for not wearing a brasserie. She was expectant at this time and had to maintain the health of her unborn child and in response to these critics, she told them that they were only projecting their problems and issues on her.

Janet Mbugua Net worth and Assets

Janet Mbugua’s net worth is yet to be established though as at her time of resignation from Citizen TV, she was a top earning presenter. Her top fashion style and sense is always impeccable and admirable by many. This could be a very well good indicator of how well she manages and spends her money.

She is now at a new path in the Kenya Red Cross Humanitarian Society giving back to the society.

I tried to not be toooo generous with my review of @fourpointsatjkia BUT, they surprised me. Really. Pleasantly! I think the timing also had something to do with it. I really needed a minute, a quick time out. Watch my review and some tips on why and how to introspect. In partnership with @fourpointsatjkia. Thank you to the incredible staff and management. I’m looking forward to going back there soon, to sample a taste of Jamaica. Don’t get it? Watch the video 😉 link in my bio. #AfricasLeadingAirportHotel #FPJKIA #vlog Have an incredible weekend everyone ✨ Video by @mosmwaniki #startingtofeellikemyselfagain #introspection #staycation