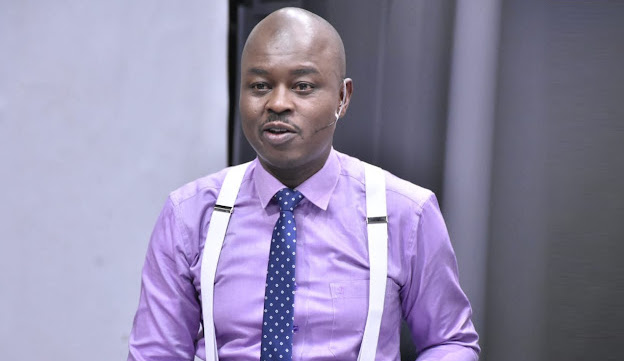 Joe Ageyo is a famous Kenyan media personality and a managing director at KTN TV station. He is among the top paid and influential journalists in Kenya.

Joe Ageyo was born on April 14th, 1973, in Bondo, Siaya County. Further details on his early life have not been disclosed.

For his secondary school education, Ageyo attended Sawagongo High School where he sat his KCSE examinations. He later joined Egerton University to pursue a Bachelor of Agribusiness management which he successfully completed, and joined the University of Nairobi for a Post-Graduate Diploma in Mass Communication.

Joe’s career kicked off as an intern at Kenya Broadcasting, where he worked for a year and a half minus payment. In 200, he joined KTN, where he worked as a managing editor and general news reporter, focusing on environmental stories.

Ageyo was the first Kenyan TV journalist to start an Environmental feature, Ecojournal, and was applauded for having pioneered Environmental journalism. His hard work has won him several awards, including ‘The Environmental Journalist of the year Award’ in 2001.

Ageyo also worked with the Nation Media Group-owned company, NTV, between February 2005 and November 2012, holding various positions including the Head of News Production. He has also worked for Royal Media Services.

In 2013, Joe was among the panel that moderated the historic presidential debate that was held at the Brook House School in Nairobi. Later in 2017, he was also selected for the same, and this time, it was held at the Catholic University of East Africa in Nairobi.

Joe’s exact net worth is not yet known. However, he is a successful media personality who earns most of his wealth through his journalism career.