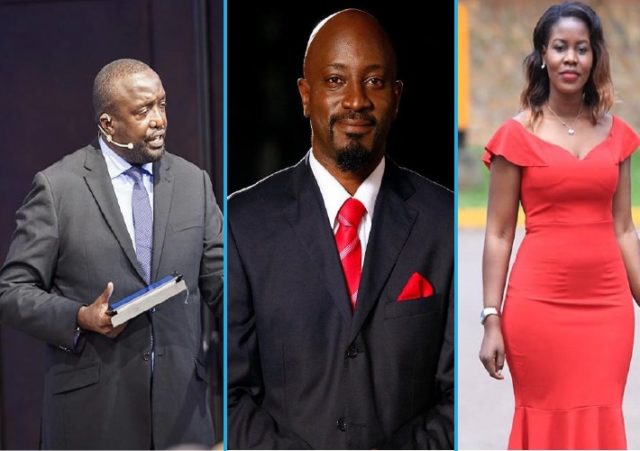 Uganda is home to a good number of rich and influential media personalities. Most of these people have worked so hard to get to where they are today. It goes with absolutely no doubt that you have to work so hard and position yourself as a brand and as a face of a company for you to move your way up in the industry. This is because there are way more people looking up to you than you can imagine. Below is a list of top 10 richest media personalities in Uganda;

He is the highest paid presenter in Uganda, earning about Sh.6 million per month. Apart from being a radio presenter, he is also a radio broadcaster. This 42-year-old man has been able to work at Capital FM in the past before he went to Newsday on BBC World Service.

His career began by him being a freelance writer on the Ugandan newspaper. He is a prominent and reputable journalist thus making him number one among richest media personalities in Uganda.

He was born in the year 1963 in New York, US. Alex worked at the Overdrive show on Capital FM 91.3. He was able to host the Sundowner show during weekdays from 6:00 pm till 8:00 pm and on the Dance Force 8 pm till late on Saturdays.

He later retired after working there for 20 years. During his retirement party, the 57-year-old man was awarded a Toyota Prado and UGX  900 Million as token of appreciation by the company.

This former Big Brother star is a renowned actor and broadcaster in Uganda. He was able to host the Overdrive show at Capital FM, taking in the place of Mbabazi after his exit. He is currently the co- host of the breakfast show ‘Gaetano and Lucky in the morning.’ He also got the chance to host East Africa’s Got Talent season one alongside with other  East African media personalities Jeff Koinange from Kenya and Makeda Mahadeo from Rwanda.

He is a co- host to ‘Gaetano and Lucky in the morning’ in Capital 91.3 FM. He hosts the show alongside Gaetano Kagwa.

READ:  Diploma Courses That Are Way Better Than Degrees in Uganda

She is the former Capital FM presenter that recently won the African’s most Influential Women in Business Award. Apart from working at Capital FM, she has also been able to work in other media houses such as WBS and NTV. She is also a producer, voice over artist and director. Seanice also worked at Sanyu FM and was paid UGX. 30 Million every month.

He is commonly known as ‘Fat Boy’. This 44-year-old media personality works at 88.2 Sanyu FM hosts the Alive and Kicking Saturday Morning show and Sanyu breakfast during weekdays. He earns about UGX. 81 million every month.

He is a commercial manager at Monitor Publications, which is a Nations Media Group company. Apart from that, he was also able to work at KFM where he earned about UGX 51 Million every month.

He is the Head of Programming at Radio One Kampala. His passion for what he does has made him stand out of the noise.

She is a 35-year-old presenter that hosts a talk show at NTV Nation Media Group Uganda.  She attended Islamic University for her tertiary education.

She is one of the most influential female news anchors in Uganda. She currently works as a presenter on NTV. She is well known because of her unique accent.