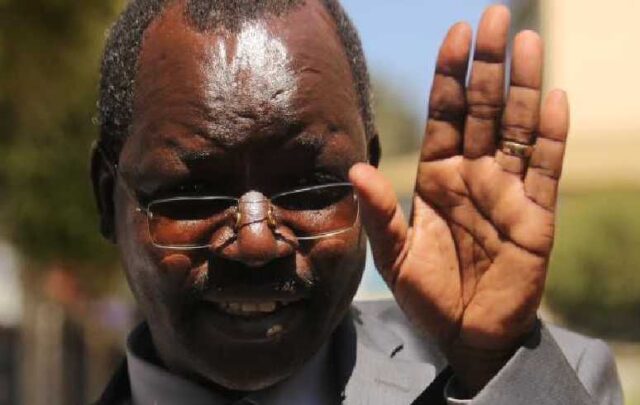 Kenyan politics are as dramatic as can get. Offering a platform for all theatrics and speech battles, politics are always a heated discussion. Professor John Lonyangapuo is the governor West Pokot County and is one of the leaders who have made politics quite interesting to keep up with.

He is a great public speaker who has been in the front-line in talking against malpractices in the country’s power system. On a lighter note, he is accredited to some of the most viral Kenyan memes and online comical content.

The governor is aged 56 born in the year Kenya was declared a republic, 1964. He is from his county West Pokot where he was born and raised under his parents’ care.

Professor Lonyangapuo’s parents were heavily invested in educating their son which he carried on with up until his Doctorate level. He attended primary school at a local school in his home area called Kanyarkwat, secondary level of education in Ortum and St. Mary’s Yala where he qualified for a course in Pure Mathematics at the Egerton University in Njoro, Kenya. He did well and furthered his education at the University of Leeds in England.

READ: A list of Top 10 Richest Governors in Kenya and their Net Worth 2020

In 2004, Professor Krop Lonyangapuo began his career making an entry into the political arena. Two years later he was appointed the Permanent Secretary (PS) – Industrialization where he served for three years.

Once the refurendum was successful and implemented, Kenya became a devolved nation dividing the country into units now called counties. Professor Lonyangapuo was appointed the first senator for West Pokot and in his tenure worked tremendously well being named the top performing senator in the whole country.

In 2017 when Kenya held the general elections, he was elected in as the governor West Pokot,an office he holds to date.

He is married to Dr. Mary Lonyangapuo who is a lecturer in Eldoret’s Moi University. Together they have three daughters – Rachel, Abigael and Chenangat. The couple got married in 1993.

The Governor has been faced by several challenges in his personal life, harming his reputation and respect tremendously in line with cases of infidelity with younger women who leaked private information to the public.

John Lonyangapuo Net worth and Assets

The governor’s net worth is yet to be established and information on the assets under his name remain unavailable to the public.